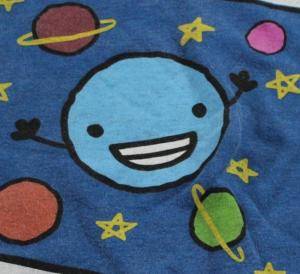 Uranus will turn direct at 28 degrees Aries on January 6th, 2019. It will retrace it’s steps, reentering Taurus on March 6th.  You’re probably feeling this, even if you don’t know what it is.

I say this because I’d had a lot of consultations over the last month. I’ve been a consulting for a long time. Once we get into December, people tend to put off consultations until the first of the year.  This year broke the mold.

Uranus is the fastest moving outer planet. It changes signs every seven years. It changes the people whose charts are impacted, personally. It also impacts the collective in every way you can imagine and countless ways that you could never imagine.  People can feel the rumble.

I chose the word, “rumble” because Uranus is headed into the Earth sign, Taurus. Earthquakes come to mind.

Taurus also rules the money – the financial markets. “Rumble” works for the upset we’re experiencing now. There is a lot more of that to come.

Taurus is also concerned with beauty. What you values is likely to change, dramatically and irrevocably over the next seven years.

Uranus signals fast change. It will take you to new places, you’ve never been before and it will take you there, FAST.  Like in a blink in some cases.  Millions lost (or gained) in the stock market.  Or a person like me with Uranus in the 7th… so hard to marry and then what?  Married / committed to the planet core.

If you think you’re life can’t change, you’re wrong about this. Especially the fixed signs – Taurus, Leo, Scorpio and Aquarius.

This why I’ve had so many consultations. People can feel the train is about to leave the station. They’d rather ride it than be caught beneath it’s wheels.

How do you feel about Uranus turning direct and heading into Taurus?