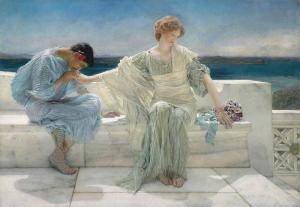 Why do people continue to pursue or obsess over someone who has rejected them? I’ve seen people get caught in situations like this for years. There seems to be a number of reasons why.

People who get caught like this wind up living in a vacuum. They have to, because if they leave their sphere, people will confront them on this issue.  Being isolated and wanting someone who does not want you goes hand in hand.

How can I solve this?

You can solve this by identifying what is driving you and being honest with yourself around where you’re actually headed if you continue to hang on and maintain your obsession.

Can you tell me step by step how to move on?

1. Resolve to think about yourself and not the other.
2. Identify the core issue.  For example, it may be you want to control others and outcomes. These things are outside your control.  It may be that you were rejected by a parent and this is a your comfort zone.
3. Identify what you want in life (that does not include the person who does not want you) . Recognize that you’ve no choice but to change tracks if you want to achieve this. You’re choosing to stay stuck!
4. Ask yourself what you are getting out of staying involved and also what you’re avoiding by refusing to give up the ghost.
4. Focus on healing your problem and/or altering your MO, while you continue to not focus on your ex who has already left the building.
5.  Try to come up with some faith or belief that supports your efforts. Example, if you were meant to be with the person you’d be with them. There are no accidents. The universe is conspiring in your best interest, etc.

It’s definitely possible and preferable to let go of your interest in someone who is not interested in you.  If you’ve been successful at  doing this, tell us how you managed. Add the astrology if you can.