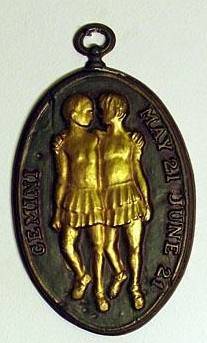 Could you please tell me what the heck is going on in my stars right now? I’m beginning to feel like I’m cursed.

I lost everything in a divorce several years ago. I moved back to the US and began building my life again from nothing. Just when I was beginning to see the light of day, Katrina hit and took it all away.

Since Katrina, I have been doggedly working at putting my life back together. At the beginning of this month, I had both my sources of income shot down at once. I’m facing eviction and losing it all again. Everything I touch goes sour. I’ve gone from being positive, strong and determined to being withdrawn, depressed and anxious.

The fear of losing everything a third time is overwhelming. I’m suffering panic attacks, nausea, headaches, and am breaking out with psoriasis. I can’t eat, and when I do manage to sleep, I find myself awakened by a bolt of panic. I’m exhausted, shaky and depressed, and worst of all, feeling isolated and unable to reach out.

Is there an end in sight to these cycles of loss?

There is an end to these cycles of loss, however I won’t lie to you. I am very sorry, but you have a ways to go. You are suffering a Pluto transit to your Sun… and after that, your Moon and I would not expect sun-shiny anything, short term.

Now I want to be clear to others reading, I am generally very positive about all transits and all happenings in a person’s life. But I say “suffering” a Pluto transit to “Losing”, because when you have an outer planet transit like this, the way you experience it is going to be determined to a large degree by how the planet is placed in your natal chart. And Pluto in Losing’s chart is absolutely besieged. And consequently just look at the events.

So Losing, all you can do is try to live well. And by that I mean you can try to align with the forces the best you can. And when you’re talking about Pluto… well, it’s a wipeout. And you’ve experienced this, obviously. And responded in human fashion. You worked doggedly to put it back the way it was. But that’s not what the universe wants. The universe wants you to suffer a void. To make passage through a very dark place.

Now it may be bleak, but you are still have a fine Gemini and you can think. You can go zen in your mind. You can use your sense of humor. You’re going to have to! And this reminds me of a story.

A friend of mine was divorcing. He saw he was destined to lose everything. He has lost his 4 year old daughter in a freak accident, and his wife in the aftermath. He lost it all, except a few clothes and his computer. He lost his house of course, and he wound up living in one room of someone else’s house paying $50 a month. He said he was trying to hold on to just this little bit, but you know what happened…

A flood. And he came home to find a 200 year old tree felled and smashed into the house. The tree trunk was right there, lying across his now crushed computer! “I was just hoping to keep that little bit,” he said.

But when the universe disagrees, it disagrees. So finding the tree there… and the water rising, he just abandoned everything. And he had to start from scratch. And you are right here where he was, right now. And you will have to do the same, but here’s what I’m saying.

Take your time trying to re-stock your life. If it were me, I’d be asking God, “Is it okay if I buy this, or is it too soon?” And wait until you know. Wait until you feel it is right, rather than operating in a frantic panic and this will should spare you further loss. One more story.

Several years ago, someone broke in my truck and stole all my cds. Every single one of them. And I was upset. I was sick over this because I have Venus Neptune and am merged with my music. And I wrote a blog back then. Not this one, another one. And a lot people read it. And one of the people reading suggested I put a list of the stolen cd’s up on my blog.

“I am sure that with all of us here, we can replace them for you,” he said. And I thought this was a nice sentiment, however…

There was no way I was going to do that. Because I know for sure, when the universe creates a void like that, it’s for a reason. So I resigned myself to being music-less for awhile, but guess what happened?

The next day I was riding in truck with its busted out window and I started singing. And as soon as I did, I realized you can’t steal a person’s music!! How can you steal someone’s music? The music is in you, along with all the good feelings that go with it. So I decided, fuck it! Those thieves needed that music more than I did. Obviously this was the case, because I don’t go around stealing people’s music, do I?

So now it’s about three years later. Maybe four. I have about ten cds. ::smiles:: That’s it for my whole life and I am happier than ever!

So my point is although these things you think you need are being stripped from you is such a cruel way… you are going to survive and you will undoubtedly find a silver lining and I can give you some idea what that looks like.

At some point your security and your ego will be restored. And at that point will you have tapped into resources deep inside you don’t even know exist right now. And having done that… having made this connection with the power that is at your core, you will become what I call “bulletproof”.

And I know it doesn’t seem that way right now, when you’re in a heap and freaking out, but it is exactly this experience that will empower you. It’s called “been to hell and back”. Right now you’re in hell, but you’ll be back.