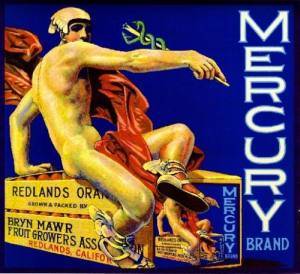 I called the doc this morning to find out one way or the other, if I needed a driver. Answer – no. This was a great relief in a way. They also told me they had a cancellation and I could come in early if I liked. I liked.

Now you won’t believe what happened. I had the super inexperienced nurse again…she’s just shockingly bad.  But I was ready for that. They lay me down, face down with my head covered, I’m claustrophobic, so I don’t like it but oh well. My main concern was, does she know what she’s doing. Because she put me face down the first time, before realizing I had to be on my side. She proceeded to paint my blouse with iodine…same thing she did last time.  I’m telling you, it’s surreal.

I asked her if she could give me some idea what to expect. She did not answer…same as last time. I asked again.  When she didn’t answer, I said, “Can you respond to me, please?” My face was down in this thing, see?

“Yes,” she said. This is when I decided she was just inexperienced. “I’ll ask the doctor, I don’t know a lot about this procedure,

The doctor came in, quickly. He explained what I could expect…it was all reassuring. It was nice. So he started the procedure.

They also have you stretch your arms back and pull them to pull your shoulders down. Think, “yoga”.  I was in the position for a long time…not too comfortable, but then guess what happened? You won’t be able to guess.

I was all done, all numb, needles all placed. The nurse slapped a wet pad (electrode?) on my leg. She did not have the sense to tell me, “I am going to put something wet on your leg, for this reason. My head was covered see.  So they were ready to fry.

I could hear the doctor walk around to a cabinet. “There are only two of these?” he asked. I knew right then I was screwed.

There was a brief conversation about, XXXX, who I assume was the other male nurse. I lie still with my shoulders pulled back and waited. I heard the doctor walk to my side.

“We’re going to have to reschedule this,” he said. “I don’t have a sterile piece of equipment I need.”

“Um…” I said. “I’m not mad. Thanks for not putting me in danger.” Because I was wondering if they were going to.

“For both of us. But hey. I’ve waited ten months to do this, I can wait ten and a half.”

He said he could do it tomorrow. I scheduled for Wednesday. I have a charity thing they want me at, Tuesday evening.  He agreed.

So this is my story. Really, it’s okay. I have work (consults) to do. I’ll do them today and tomorrow, mow the yard, go to the banquet and fry my nerve(s) on Wednesday. But do you know that doctor spent an hour prepping me.

Oh yeah. This time the doctor came in and saw the iodine on my shirt. “Have her take that off.”