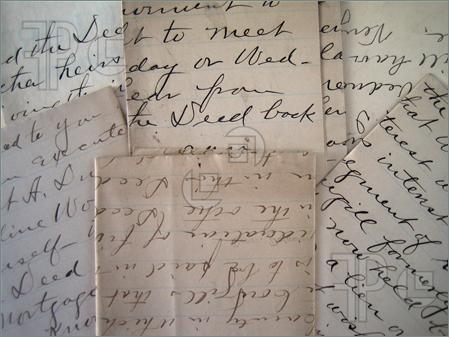 I know of a man via the internet who I respect a lot. I made this judgment via his writing which I think it elegant.  He’s older than I am. He’s from a different generation where people were taught discourse and I am sure  I was attracted to him  because he reminded me of my grandfather, Henry, who could also write one hell of a letter.

The writing is soothing to me and instructive.  He writes at a level I aspire too offering me a chance to pay better attention than I did to my grandfather when he was alive, which is something I appreciate.

I have something else in common with this man in that we have both suffered traumatic loss.  Once you go through something like this, provided you maintain your sanity, there is quality about a person that develops.  Depth, I guess you could say.  He’s got the quality and so do I which is another reason to feel a kinship.

So I am going along with this elegant man in my periphery, feeling glad about it and then last night I heard something terrible about him. Not terrible as in he’s a child molester. Not terrible in a way that has left me disillusioned.  It’s terrible in that now I know he is compromised.  Let’s just say (I am fabricating details here) that I found out he was bedridden and being fed through a tube. It hurts, yes? This man is a man, he is not my projection of this strapping figure.

I was talking to satori today in regards to this board post – If You Marry Someone You Don’t Like; It’s Your Fault Not Theirs.  My point in telling her this story was to say that it is not this man’s fault that he is not my projection. I also wanted to point out that it would be completely irrational for me to become upset over this. It makes far more sense I incorporate reality…

In reality I know an elegant man with a physical problem.  I know him better now and that’s it.  No drama necessary.

There was a time I might have been very upset about this. I’d have wanted it to be MY movie, they way I imagined it.  Older now, I understand that movies are much better when other people contribute content.