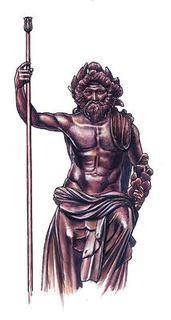 I grew up in a family of 6 kids, big house, great holidays, etc. My situation is this: as an adult, I have never had a pulled-together house. I am in my 40’s and this has held true through 2 marriages and my current stint as a single parent. It isn’t simply varying periods of disorganization or disinterest in decorating, but having the bare minimum of both furniture (some castoffs) and functional objects. Money is not the problem.

Every house I’ve lived in looks like I just moved in. I can truly say that I don’t know anyone who is like this; some newlyweds and college kids are better off! I’m almost afraid of having a house that is too “established” and settled. None of the places I’ve lived since leaving home felt like a place I wanted to put down roots, although I’ve lived in the same city for the past 18 years!

Am I very kooky? How can I pull my house together so I can have people over and dinner parties and all the rest? What is going on with this?

You are asking the wrong person because I live just like you. And I just knew when I was plugging in your data I was going to see a Jupiter Moon contact and sure enough, there it is! I’ve got the same and I can tell you exactly what is going on. We only feel at home when we are moving! “Papa was a rolling stone… wherever he laid his hat was his home…”

As to how to address this, I have had little luck. I traded astrology with an interior decorator once and while she did wonders with my house, it did not take me long to revert back to form. I have tried and tried and hope to try some more in the (Jupiter-ruled) future while I have simultaneously come to the conclusion, this is just how I am.

As for children growing up this way… well they probably do suffer but they are also paid. At least they get to walk on the carpet, yes? At least their friends can come over and let their hair down. At least they have a lot of fun with a Jupiter Moon mom so…

Other people may have ideas. I hope they do but as far as I am concerned this song below is the Jupiter Moon (Sagittarius Moon) anthem…