Now here’s another story, sort of the opposite of Leon. And considering Leon is a friend of mine that does not mean this other person is not likable because she is extremely likable. I am just trying to illustrate the different ways I see people relate to other people. So anyway, I met this gal…

We hit is off and started talking a lot. We spoke a compatible language and we were both excited to have connected. We made very fast friends which is fine with me if it when it comes that way organically which with Aquarians it often does. But after about 3 weeks of chat, including very intimate sharing, we got into a sticky place and long story short… she’s gone.

Now I raised my voice. I was not pissed. I was just emphatic about the point I was making and I am Italian. So you know. I am sure it was hot on her end of the phone, and I have not heard from her since. She’s gone.

And though I feel sort of lousy about it, I realized in the short time I knew her she started and ended several other relationships which could mean a couple things.

It could mean she’s in a phase where she’s is starting up a lot of paths only to realize they’re not right for her or more likely I was just too dense and intense for her taste and why take the heat when there is another entity right down the street? But here’s my point: 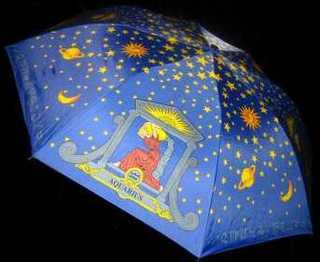 Speaking as someone who keeps their friends long term, I would say that if you are going to have relationships that are deep, satisfying, stabilizing and so forth, you are going to have to stand the heat in someone’s kitchen. Because we all have heat in our kitchen. We all have problems, low times, high times, times where we are fun and exciting and other times not so much.

You have to be willing and able to stick with people through the range of their inevitable cranky moods or life changes them and I guess I see Venus Saturn types as well equipped to do this. Venus Saturn is very sturdy and makes a stand up friend.

As I’ve mentioned having so much Capricorn in my chart, and I routinely draw Venus Saturn and Venus in Capricorn and I don’t know that there is anyone I’d rather have my back. The whole world can turn on you. This has happened to me and it’s Venus in Capricorn standing alongside saying, “Leave her alone.”

They love (Venus) you in public (Saturn), see. They stand up for you. The whole world can tie you to a stake, place grass at your feet, be ready to light it and it’s going to be your Venus Saturn friend who steps up and says, “You’re not going to light that…”

And the people will stop in their tracks too because of the authority that Venus Saturn exudes. It’s as if Venus Saturn is credible. They are equipped to judge (Saturn) your worth (Venus) so if they say you’re okay, then you can be sure you’re okay.

Compare to Venus Neptune who can dream up a turd and you get the picture.

Do you have the fortitude stand up for others who are worthy but under attack?