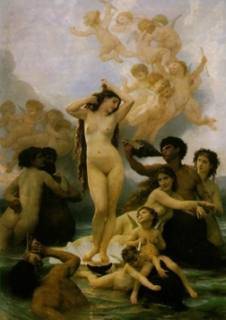 I always end up being too eager when I meet a guy I really like.

Most of the time, I am not interested in anything romantic with people I meet, though it’s always friendly & fun conversation. Then I’ll meet a guy I really like and even if he is chasing me originally, I think I “help” him out too much. I’m not talking about me just refusing to play games (if he calls, I’ll call back). But rather, I also proactively start calling and trying to make things happen rather than just letting things unfold.

I am trying to learn patience. So with that in mind, my question is about this new guy. I got his email online a while ago (October) and he piqued my interest a lot. We chatted but never got around to meeting up due to my to grad school applications and genuinely busy schedule.

He emailed me in December, but I was just about to leave on a 4 week trip and sent him a short note letting him know. He replied saying, “Let me know when you are back”. I never did proactively contact him again because of the reasons I mentioned about not trying to force things – though since being back, I’ve wondered about him once or twice.

Last week, I got an email from him (total surprise) – just a general “Hey you might be interested in this dance class” which was sent to 4-5 ppl, including me. I am tempted to write back and try to schedule something… but I don’t want to fall back into my old pattern of pushing too hard.

I think I like you better the way you were. Er… the way you are organically that is. And to be very candid, I think this new thing you’re trying is ridiculous. Know why? It’s because if you want a man who is going to love the way you are, then you are going to have to be the way you are. This is as opposed to some cartoon girl you imagine, and I think this will be clear if I use myself as an example.

I am not a demure person. I am not coy. So if a man wants a woman like that, he is not going to want me, is he? So what if I decide that demure is the ticket, and coy is the way to go? And rather than laugh out loud the way I do… and rather than blurt things the way I’m inclined to… and rather than shock, which comes natural to me… how about I go out in the world and blink my lashes at men? And while I’m at it, why don’t I wear some boring clothes and pretend I have no opinion. How about I just smile slightly all around the town, with one shoulder drooped. Think that’ll work?

Well, yeah. It will work, all right. I’ll get me some bastard that bores the hell out of me. And a week down the road, ten days down the road, what do you think is going to happen? Well, I’ll tell you. Sweet little Elsa is going to blow a gasket! And that man is going to run for the hills when that happens, so just exactly what would I have accomplished?

But this is misguided. Your chart as a whole is as dynamic as they come. It’s just this one little piece hanging you up and I’ll tell you how to resolve it.

Saturn asks that you have integrity. And it is integrity if you constantly hit your brake and thwart your natural rhythm? I don’t think so. You’re not timid and you never will be. And lots of men want a woman like you, so don’t worry about that.

My sister said it best. “If you have the right man, you can’t do anything wrong. Including start your period on your white dress,” she added. And she was right about that. If you doubt it, just ask any man on this planet. And I realize my response is somewhat incongruent with your post but what I do is read charts and yours says you are a lot less fumbly than you think.

I say be yourself. Be as authentic as you can. Do what you want, when you want and if they guy bolts, so what? It means he is not the man for you, and nothing more!