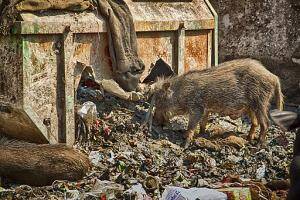 You may be aware, we has a lot of problems on the site last night. In fact, it was offline for the better part of three hours.  No one got any sleep, Tuesday night so the last thing I’d want to be doing is messing with tech problems with Mercury square Saturn.

I’ve got the site settled for the moment, although some functions are disabled. Here’s what killed me, last night. Killed my Libra, I mean.

I was chatting with my webhost tech support for some time. More than an hour each, with two different reps. The election came up during both conversations. I guess it’s just weighing on people so heavily, we all just want to talk?

Well here’s the thing: one of the men represented both one side, the other was his polar opposite. It crashes a person’s head in a way.

I was very aware, that regardless of who the President is, or even if we have a President, I still have to get my site up. It’s the thing I might be able to control. It’s my problem, my job, my responsibility.

What kills me is both men were kind, patient and exceptionally helpful. The idea they might fire on each other is..?

In whatever case, Venus is squaring the moon right now, it’s like having PMS! Mars is inflaming both bodies.  If you’re poking and provoking someone who is already stressed, this is stupid.

Later today, we’ll have a grand trine in water.  I am hoping to tap into it but not sure I’ll be able to.  The Mercury bullshit hits my chart pretty hard.  At least I’m in a good mood!

How are you faring under Trash Sky?