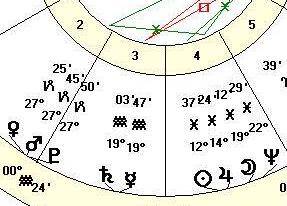 I spent six hours and forty minutes on the phone with a client on Monday, talking straight through. I talked to the same client, yesterday, for another two hours.  This was unprecedented. Previous record was about four hours.

The crazy thing about this is the gal has quit astrology completely. I fully support her decision as it was causing her to stress out.  She was calling me as a human being rather than as an astrologer.

I see a lot of people breaking off from things at this time so this is just one example. In some cases, I feel the cause is Saturn clashing with Uranus… a person wants to be free.

In other cases I would give it to the Venus, Mars, Pluto conjunction which is pictured. There is a finality with that.  Mars is in exaltation so you really can quit something at this time. Quit and commit to something else, most likely. Something productive!

This can also take the opposite form. Some are going back to people and things they lost or let go of at some point.  They realize the depth and power of the old connection.

The conjunction in Capricorn creates pressure to “do the right thing” in relationships (Venus). You actually have to act (Mars).

The picture above is from March 2nd, just post the new moon. New moons are about new beginnings.  Capricorn plans. You can see there’s a favorable aspect between the Capricorn and the Pisces. This looks really good, as far as imagining a goal goes… and then making it happen.

Are you leaving something behind at this time or perhaps trying to establish a lasting bond? I’m hoping this letter gives your vision more definition. 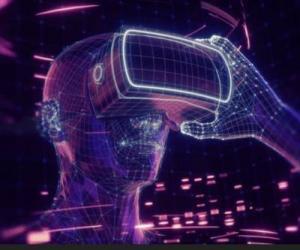 Remember, we also have all the planets direct through April 29th. I wrote about the conundrum created by all this forward motion vs the planets being bunched up. I mentioned “being stuck in the matrix” which is how a lot of people feel at this time.  You can see this here: All Planets Direct – Frustration.

Today I feel that concept is disempowering in some ways. A person has their own “matrix”.

Case in point, I dumps tons of Splenda in my coffee and I have for years. I have always thought I should quit but I never did. I continued to act like a rat confined in a matrix.

I quit Splenda and all fake sugar a few weeks ago.  It’s a bit of a stupid example but the sky is set up so an individual can liberate themselves and drop things that are bad for them and make things they’ve done wrong, right.

As the weeks pass and the planets head into Pisces, you can also transcend and forgive people as you know you’d like to be forgiven yourself!

How can you use this energy? What should you let go of? What should commit to? What can you do to free yourself?