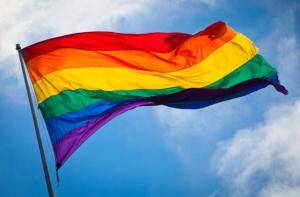 June is Pride Month, and it is time to celebrate our LGBTQ friends and family. On top of that, it’s important to look at the origins of Pride, which can be traced back to the Stonewall riots. These were a series of protests after a police raid of a gay bar in 1969. I took a look at the astrology of that period, and I was shocked at the similarities to today.

·        Brutality Exposed. Jupiter, planet of truth and broadcasting, was conjunct Pluto, which can be associated with abuse of power. People who had no idea there even were gay bars in their city were suddenly made aware of the brutal conditions under which the gay community had been living. Pluto can operate in the darkness for years and years, but when Jupiter enters the picture, truth will out.

·        A New Love. Uranus at the time was in Libra, a Venus-ruled sign. This brought a whole new way of version of love into the mainstream. People all across the country became aware of the LGBTQ community and had to rearrange their notions of what relationships looked like. Just as today many of us are exposed to new Taurean ideas about the safety, stability, and comfort of marginalized communities, so were people then exposed to a new idea of love.

·        Out of the Shadows. Mars, ruler of rage and activism, was conjunct Neptune, ruler of all things hidden and obscured. Suddenly people were mad as hell and they weren’t willing to live in the shadows anymore. All the pain and sacrifices that had been quietly endured for years on end became unbearable overnight, and people flooded the streets in protest. The LGBTQ community was underground no more.

This moment in time is unique. The current protests are not the Stonewall protests, and they shouldn’t be treated as equivalent. But as the old saying goes, “History doesn’t repeat itself, but it often rhymes.”  Now is a time of profound unrest, and it’s worth thinking about what kind of legacy it will leave.

How do you think history will treat the current moment?