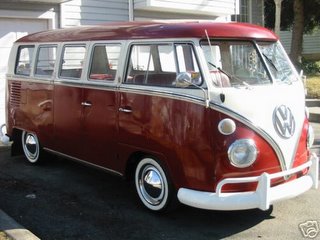 Denial is a wonderful thing. I figured I’d be busted by the teacher swarm one way or other. Rather than imagine the various scenarios I imagined all the ways I might not be busted. For example, teachers have a lot of students, right? Why should they remember me?

I thought I had a good shot at tricking the teachers. After all class of blah, blah… or class or blah, blah, blah? How are they supposed to remember who is who and when they were there?

I planned to bluff and really thought I had a good chance of managing it. Hey! Maybe they’d think I was my sister since we both have black hair. She’d be underage too but not as much as I was. Easier gap to cover.

I thought this might work. I had no idea at the time I was notorious. I just didn’t know. I’d forgotten that speech I’d just made in front of the whole school, my sister hiding in the parking lot with a mixture of pride and embarrassment as my voice boomed out from the auditorium into the mountains and the neighborhood surrounding the school unbeknownst to me.

I’d forgotten about being voted “most likely to marry” and the fact my high school boyfriend (a Leo) had spray painted, “I LOVE ELSA” across both sides of his Volkswagen van.

I’d forgotten I was 2 1/2 years younger than everyone in my class, well and widely known to be the pet of the vice principal.

I also forgotten that it was my sister who’d broken her back sliding down the banister in the commons area and various other things that distinguished me and with this accomplished it was very easy to believe I could stand behind the bar and not be noticed.

And even if I was noticed, so what? I thought I could control the game. I’d controlled other (card) games so why not this one? I figured my odds to be at least even and maybe better.

It was 9:30 and Marv thought the first wave of teachers would be in by noon. “Once that sun starts beating down…”

This sounded perfect to me. Plenty of time to get set but not so much time as to get myself nervous.

“Whatcha havin’ today, Chuck?” I asked one of the regulars as if I’d been serving him for years. I cocked my head and smiled. I was getting into character, see. A character I knew damned well I could play.

And I like crap like this, don’t think I don’t. I was on edge and it was normal.