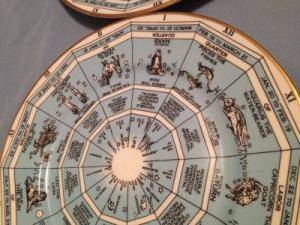 I just ended a two year relationship because I started to have feelings for my best friend. He has liked me for some time now and I couldn’t see it and thought we were better as friends. Needless to say when I recently broke up with my boyfriend, my best friend and I decided to try and work things out. He also just ended a relationship, however not as serious as mine.

We tried to go slow but things just fell into place. Everything was perfect until his ex-girlfriend started calling me and my friends, asking what was going on and saying things along the lines that they were still sleeping together. I know this to be untrue because I was with him most of the times she claimed to be. However he was really upset by her actions and even more so because he noticed how upset it made me.

Basically since this happened, our relationship has been strained. I noticed him acting different to me and so I told him. He never saw it. I recently told him again, and now he has been looking at it as a problem. Prior to me saying anything he had no idea. Now he says he wants to be with me and that he is confused about us. He says he feels as though something is missing. He cries when I think about leaving. He tells me there is no doubt he wants to be with me and wishes he knew exactly what was wrong. I do not know what to do. He says there is no one else, it’s not about a fear of commitment, he says it has nothing to do with how his ex has been acting… he just doesn’t know.

We are going away for a wedding this weekend and he wants to see if some time away will help. If not I think we should take a break to see if he can sort out his feelings. Do you think this can work or should I check out now before I get hurt any further.

I have to say your last sentence is very telling. You’ve left your serious boyfriend for your friend. He has left his girlfriend and no doubt these two felt injured.

You friend/new boyfriend is confused and crying (he’s probably wracked with guilt) and you want to know if you should chuck them all so you don’t get hurt. Excuse me?

Further you blame the ex-girlfriend and her phone calls for all of your problems and I think that’s pretty convenient. I suppose she should have no reaction whatsoever to all this, right? Are you aware of your ego? With your Sun in the 12th house, I don’t think you are.

But you asked if this “thing” can work and my answer is no. No, I cannot imagine a scenario where you are going to live happily ever after with this man. As long as you blame the lack of perfection in your life on other people and deny all wrongdoing, I think the die is pretty much cast and failed relationships will be the norm.