I keep hearing the world has gone crazy. I bet you’re hearing something similar.  People  don’t necessarily agree on who or what is crazy, but most of us are having to deal with something that makes no sense to us at all.

I’m sorry I’m not writing as much. I’ve definitely had a lot of work but it’s also due to the newsletter editor. I can no longer just write a newsletter. I have to “build” them. It’s ridiculous. I’ve been messing with the new editor for months and while I understand how it works now, it’s no less time-consuming.

They are preparing to install a similar editor in WordPress (which I use for this site).  In spite of the horrible reviews!  If it takes three or four times as long to write something, obviously there will be less content. Crazy to make a product for writers that makes writing excruciating but this is the deal at this time. 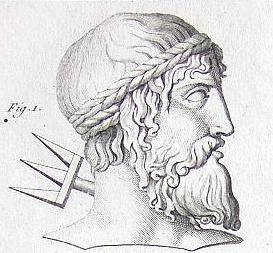 Now back on the topic I wanted to cover today, I met with someone yesterday who told me all kinds of things about myself that I thought were bizarre. The person was calm and kindly insulting. I didn’t get angry for a few reasons.  The main reason was that I could see his logic.

The man drew conclusions based on his observations and a lot of life experience. But what he observed was misleading.

As an example, you might see someone out there, with shabby clothing, driving an old car.  You might think they are poor and you may be freakishly wrong about that.

A person like me, with Neptune on the midheaven (square Venus) is going to have some kind of public illusion or what I call, a “hologram”.   The actual “me” was sitting there but the “imagined me” was also sitting there. Both people were being addressed.

I stayed in this conversation for more than an hour, even though it was risky. I hoped to learn and to come away with something useful. I wanted that little piece of gold, buried in the murky water.

It’s all so impossible. Take the example of the rich person in the shabby clothing.  We can assume that he/she has their reasons for their dress.  Are they supposed to explain themselves to everyone they encounter so they won’t draw wrong conclusions?  And who is to judge which conclusion is wrong?

I spoke with a friend yesterday, who pointed out that people used to know, when they met someone new, that they were a full person, who it would take time to get to know. Now a person looks at your Instagram and pegs you in a minute or less, in many cases.

When Saturn was in Virgo, I went on and on about learning to discern, information. With Saturn in Capricorn, think about limits; yours and theirs and also what’s realistic. Are you really old and wise?

How does an old and wise person navigate this crazy world? Anyone? 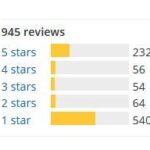