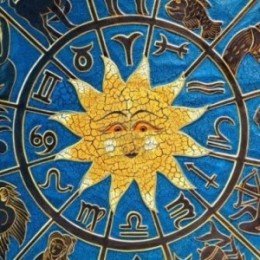 Monica wrote on Making Heads Or Tails Of A Planet…

‘When you have a “calling” it’s usually apparent to you, right?’

vo-ca-tion
1. a particular occupation, business, or profession; calling.
2. a strong impulse or inclination to follow a particular activity or career.
3. a divine call to God’s service or to the Christian life.
4. a function or station in life to which one is called by God: the religious vocation; the vocation of marriage.

Liz Greene wrote a fantastic book on this subject, Apollo’s Chariot: The Meaning of the Astrological Sun. If you’ve not read it, it is of particular interest to artists because keep in mind the Sun rules creativity.

There are people like me who do not come to their calling until the time of their Saturn return, though we may be training for many years in advance. The soldier is also in this group. Although he was in the military since he was a teen, he did not see combat until he coming into his Saturn return which is quite old for a soldier. I’d say if you’ve got Saturn prominent there is going to be a long slow climb before you are living your vocation.

There are other experiences and perhaps people will tell of them in the comments but there are some people who never find their vocation. This does not mean they don’t have one, it means they opted out and my guess is this happens more commonly with women then it does men, simply because solar energy is masculine.

Have you found your vocation?