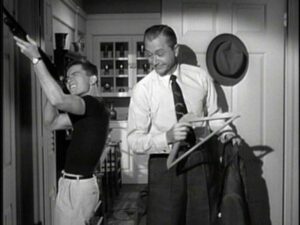 I often talk about the Moon and the mother. That’s a pretty clear relationship in my mind: Moon=Mother. I am female, after all, and a mother myself and understand these things through experience. What about the Sun, though, and its link to the father? The Sun resonates to the ego self, but also the father. The Sun rules the 5th house, children, creativity. In the biology of procreation the father plays a role equal to that of the mother.

So the archetypal mother (Moon) creates and nurtures, and the archetypal father (Sun) creates and… and what? That general role as an archetype is the one who goes ahead and shows you how it’s done. The father role is often an example of pure adult personality. What the grown up suit looks like, how you put it on and how you wear it. Whether we follow or shun the example, or each in turn, it helps shape who we become. The type of father or father figure you have shows in your chart through Sun placement and aspects.

Can a man or woman fill either of these roles? Yes, of course they can. Most of us have at least seen a few examples of this. But here’s the thing, the role will be filled according to our charts, no matter who fills it. It doesn’t have to be the straightforward stuff from “Fun with Dick and Jane.” Think of this, take someone with a 12th house Sun: Perhaps they have a father who was very quiet with a benevolent presence, or an absent father, or perhaps their long-term experiences in a church, school or hospital affected the way they modeled their expectations of the adult world. Just this one energy can express in many different ways and still retain the common signature. Now add in the sign energy and the aspects to other planets… it’s complicated.

In learning to master our “grown up suits” we fulfill the Sun’s promise in our chart. If you’re ever having an identity crisis, a “who the heck am I” moment, look to the condition of the Sun and the ways in which you were parented in a Sun sense. It can be illuminating. Bahahaha, illuminating, Sun, get it? Sorry, I have an acute case of whimsy today with the Moon and Sun squaring my Neptune Sun!

What is the condition of YOUR Sun? Can you see it reflected in the ways you were parented?