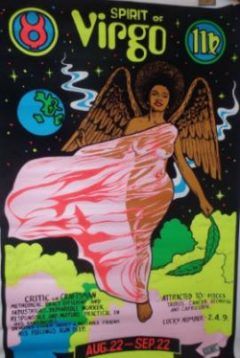 I’m working with an observant Scorpio who is headed into her first Saturn return.  She’s noticed a lot of people from my generation get back together with people they dated when they were young. I’ve done this myself and know many others in the same circumstance. I have a theory as to why this is happening.

Pluto left Virgo for Libra in 1971. It stayed in the sign until 1984.  This was the period when my generation was coming up.  It’s also the period when people started getting divorced in droves.  Love (Venus/Libra) discarded like trash. Betrayal. Pluto in Libra pretty much killed marriage.

Consequently, people like my husband met each other but failed to merge. Had we met twenty years earlier, we’d  have married for sure, because this is what people did in that era.

If I’m right, this phenomena will wrap up.  People coming up now see the devastation. They don’t want to repeat whatever it is their parents did. Smart!  It’s common now, a young couple has four (or more) sets of parents.  Good luck having your wedding with all these parents at war to whatever degree. It’s stressful to say the least. More often it flat-out tragic.

But younger generations will also be misled. They’ll make mistakes too.  But I think the divorce rate has probably peaked. Time – Divorce Rate At 40 year low.

Have you noticed anything that’s particular to the Pluto in Virgo generation?