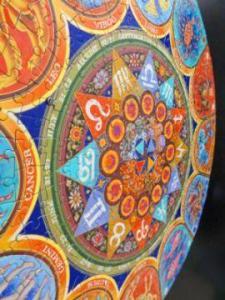 First, this is not intended to be political at all. I have been thinking about this for a few days but I have not been able to figure out how to write it without it being interpreted or turned into some political and/or without seeming to be passive aggressive. This is just an observation, or maybe it’s a conclusion I’m coming to after a lifetime of observation.

There are a lot of people, maybe it’s most people, who only want one side of a story.  I will make this personal just as an example. Let’s say someone says something about me, let’s say it’s bad but all of this can be turned inside out.  The person could be saying something good and it would be the same result, flipped.

So a person or people believe this bad thing; they come around to broadcast the bad thing about me. I say, “Hold up a minute…”

But they keep coming. They have their story and they don’t want it changed.  If I even slightly challenge it, it will have the opposite effect. The person(s) with the one-sided story will double down on their position.  It’s at this point I know I am being used. My energy. My hologram. Whatever. There has to be a bad guy and this may be the point!

When a person refuses to hear your side of a story, the most obvious reason would be that they want to feel and think whatever it is they feel and think about you.  The most important thing, which eclipses all else: their thoughts and feelings remain in tact.

It’s a little weird. Taurus is known to stubborn but clearly this phenomena is more widespread. What about myopia?

That’s related but let me be clear, it’s not just “younger” people who are disinterested in the other side of the story. My point in linking that post is, if you limit the stories you’re willing to listen to or entertain, you are going be limited. It’s an anti-Jupiter thing, really.  You don’t want the full story from multiple perspectives.  You definitely don’t want the truth.

This may also be tied to a fragile ego or  the total opposite – an inflated ego.  Can’t handle being less than 100% right?  I really don’t know.  There’s probably a large number of reasons or combinations of reasons because this kind of blocking is also a defense!

You’re reality is defended all right, but at great cost, it seems. Too high a cost for me, that’s for sure.

There’s another angle here. I have seen this with older people as well and considering this might give a clue as to why the happens. You get to a certain age; some don’t want to know anything new.  They may be set in their ways or, “you can’t teach an old dog, new tricks” may come into play.  Your brain may not be willing… or capable of overwriting what’s already burned into the hard drive.  But here’s the terrifying thing. You can be twenty-five years old and you’ve already reached this stage?!  Now that’s scary!

If there is a sign least prone to this, it’s got to be Libra, who can’t help but see both sides of an issue, particularly when it comes to relationships.

Intelligence is also a factor. When listening to a story, thinking people will be well aware there is another side but this isn’t helpful when they refuse to hear the other side!

Have you noticed this phenomena? I notice it so frequently, I pretty much set aside anything negative that anyone says about anyone else (in my personal life), because I know I’m being groomed. I’m more likely to feel sympathy for the person being badmouthed, who doesn’t have the opportunity to defend themselves or perhaps explain their behavior.