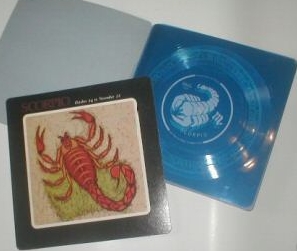 “Maybe it relates to how you were talking about turning away from people. It’s not easy to be Plutonion, and so misunderstood and under-appreciated and even reviled, when your intentions were not at all prosecutable offenses…quite the opposite. It’s intense!”

You can read the exchange on the other post. I decided this was worthy of starting a new topic…

Scorpio is well known to be self protective. That aside, older Scorpios do tend to get crusty after awhile, particularly if they have a Saturn flavor.

My friend, Ben has a 10th house sun in Scorpio and a strong Saturn. He says things like, he won’t cast his pearls before swine. This is common sentiment among the older Scorpio population.

My husband is the same way. He won’t tell anyone, anything, for the most part. He feels they don’t deserve it, and he’s wasting his breath anyway.

I’m far more open and willing to give. I think it’s because I was born to help. My husband is a soldier. He’s not really required to sit with people.

Ben is a teacher. He does invest in young people, tremendously. But if you’re 40 years old and want to play patty-cake stupidity games with him, he’s not going to do it.

I don’t think he can be blamed for this. I don’t think any of us can be blamed (or blame others) for the choices we make. They represent a natural process of maturing. Time and energy are limited. Your personality and purpose becomes more defined over the years.

What can you say about the older Plutonian?