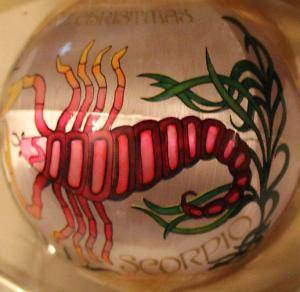 Venus will turn retrograde in Scorpio on October 5th. This scares a lot of people. I don’t know why! No, your heart will not fall from your chest and land on the floor and smash in a million pieces.

Retrograde planets occur in nature. I wonder sometimes is astrology and astrologers haven’t taken a page from weather forecasters who inflate things for ratings.

I lived in Colorado for almost twenty years, I was there for a “ten year blizzard’. The was a heck of a lot of snow, several feet. We all drove around in it, happily!

Fifteen years later, they had close all the schools due to the hazard of two inches of snow on the ground. Okaaaaaaaaaaaaay!

Here are the details:

This is possible but it’s also possible you find something valuable in the trash can where you, yourself, put it. I think it makes a lot of sense to go into these things with a positive outlook and I’ll elaborate.

Venus turning retrograde in Scorpio is going to extend the time the planet is squared off with Mars in Aquarius. Yes, this aspect can be challenging but if you work with it; well Scorpio is nothing, if not fertile!

I’m an astrologer (Uranus / Aquarius). I have been consulting like a maniac under this aspect.  It’s been great! How much do you want to bet, some of the people I’ve worked with recently, will be back in a few weeks? Of course this will happen, because there is more to be gained.

I hope this gives you some ideas how this retrograde period might “gift” you.

It’s true, Venus is in detriment in Scorpio (Planets in Exaltation. Detriment & Fall). But Venus is still and always a benefic in astrology.  Venus in Scorpio just favors certain things, like loyalty, depth and intensity.

You will have to deal with an undertow at this time. There is no doubt about it. But you don’t have get in the mud if you don’t like.

If you do get in the mud and then complain, well that’s pathology, huh?

What do see coming… with Venus retrograde?