Checking in again, observing the effects of the retrograde planets of 2018.  I have my on life to observe but I also talk to a lot of people, all around the world, in consultations. One thing that is clear to me: things are working out.

I am not suggesting they are working out in ways that are easy or comfortable but they are working out.  At this point, I tend to see this as a necessary time, paving the way for Jupiter in Sagittarius, which should be a pretty good story.  I have numerous examples of this but I’ll use my own life to illustrate.

As I’ve mentioned here and there, I am facing a horrible situation right now. On a scale of 1-10, it’s a 12.  If you’ve read here for any amount of time at all, then you know my life has been extreme. You don’t think you can go through anything worse… and then something worse presents itself. I am in this position at this time.

I had a priest who was helping me. I made of point of not weighing on him too heavily, but he said he would 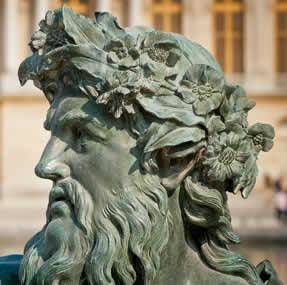 be there, if needed. When I needed, he was there.  Three weeks ago, he was pressured into retirement.

When he announced this at mass, I burst into tears. There are very few people who know what I am going through; even fewer who know this priest has been my spiritual support. I was devastated.

Someone did tell me they had gone through a similar situation. They suggested, God, would send me another great priest. I didn’t know about that – how many priests are going to remind me of, Henry – Authentically Interesting Person? That’s him, on the motorcycle, circa 1922?

Anyway, this priest has been leaving over the last three weeks. I noticed that as he disengaged, other people filled in. He’s is gone now, for one week… my boat still floats.

I’ve also noticed that other things are getting resolved. For example, I do need major surgery. However, it will fix a problem I have complained about (hard core) for the last three years. I will become UN-crippled. It doesn’t matter how daunting this may be, dealing with one thing while dealing with the other. You know I’m going to make it, don’t you?

I could go on and on but the picture that comes to mind is of something coming undone. Unbound. Like the edge of fabric that’s frayed.  Some strings or fibers fall away, but something ethereal comes in with magic thread and keeps the thing together.  Not only that, it’s simultaneously reinforced.

I am really sad that our priest is gone. He was a true friend to me. But I can see life rolling on and it’s not necessarily rolling downhill, though it seems that way sometimes and IS scary at times.

I am going to need help post my surgery this month. I am aware this offers people the opportunity to be of help. It’s no small thing.

What do you see happening this summer?

Today, I told some people about my Red Hand