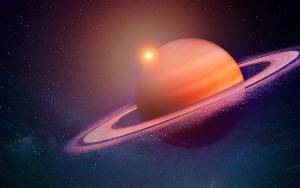 On Dec 21st, Saturn and Jupiter will meet each other in the sky immediately after both planets move into Aquarius. Most of us have heard that this is important, but few people know just how big a deal it is. It’s not just the ending of the cardinal clash of 2020. It’s the dawn of an entirely new era.Jupit

These cycles have an enormous effect on the world at large. Think about the way the world has changed since the early 1800s. The Industrial Revolution began, and social structures were built to support and expand the importance of money, business, and the accumulation of material things. From the emergence of modern corporations to the Victorian knickknack craze to rampant consumerism, the last two centuries have been decidedly rooted in the tangible. They’ve been, well, earthy.

And now we enter the Age of Air. To get a sense of what we might be in for, it’s important to look back to the last cycle in the 13th and 14th centuries. During this period, there were a number of innovations regarding communication and information.

During that period, information and ideas were flying around with wild abandon, connecting people and cultures across the globe. This also roughly coincided with the last Great Cardinal Reset, which I’ve discussed before. The Great Cardinal Reset – Nov 4th, 2020 | ElsaElsa

As we enter this new age, it’s clear that big changes are on the horizon. And these changes bring up big questions about the future of humanity. If the last period connected people across the globe, what might this period entail? At what point do we stop organizing ourselves by nation and start looking to global or ideological bases for our identities?  If the 13th century created a new and lucrative system for spreading information, what does that mean for our economy? Will we see knowledge and information-based labor entirely replace manual and in-person labor? If the last period meant the spread of windmill technology, will ours mean reliance on renewable energy like wind turbines? Will we build on the invention of eyeglasses by expanding into cybernetics? And finally, will we increasingly eschew face-to-face relationships in favor of becoming Zoom Zombies?

With so many epochal changes happening at once, there’s no telling exactly how it will shake out. But one thing’s for sure: Change is coming.

Are you excited for the new Age of Air? What do you predict for the next 200 years?