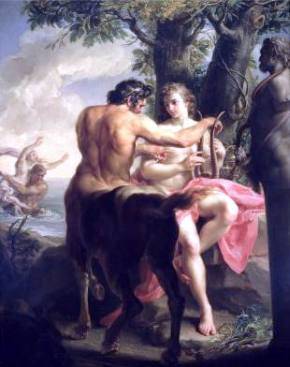 “The wounds she gave me were the wounds that would heal me.”
–Sting, “I Was Brought to My Senses”

It’s said that when one sense is lost the others become heightened. It is this compensation that is the basis of the gift behind the Chiron wound. When someone loses the function in one leg, the other leg and the whole rest of the body must be strengthened in order to get around. In fact, there’s also the tendency toward overcompensation in this regard. Who is the true adept, the one who has always walked easily or the one who was forced to strengthen themselves beyond normal? When things come easily they are often taken for granted.

Sometimes the wounds are physical but more often they are spiritual or within the psyche.

It was Superman’s alien physiology that made him “super” but what was his wound? It was being an alien among humans. He would have just been an average Joe on Krypton. Batman was frightened by an onslaught of bats and traumatized by the murder of his parents; he put these together and manifested his superhero greatness. Spiderman was just a nerd till he was bitten by a radioactive spider. If you want to know your superpower, look no further than your Chiron placement. Once you figure that out you can work with it and enhance your superpower rather than sitting around in your metaphorical wheelchair bemoaning your wound.

Where is your Chiron? What is your superpower?

Chiron is covered in out Deluxe Asteroid Report. Get yours here!