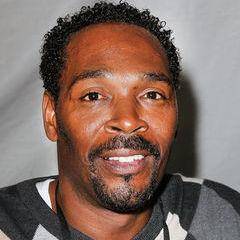 “Can we all get along?”
–Rodney King

Rodney King drowned in his swimming pool early this morning. What a sad, sad thing. Reading over some of the news stories I’m inclined to skim as it just brings up a great deal of emotion for me. Rodney King is a household name, for the most part. Most are aware of his beating at the hands of police. Not everyone immediately remembers that it was also the acquittal of the accused officers that sparked the notorious L.A. riots in 1992, where 53 people died and many more were injured.

King had a very public documentation of his drinking problem with continued issues with the law and ultimately a reality show rehabilitation feature. He became representative, the poster child for police violence and notorious for alcohol abuse and a troubled life. So what’s the astrology? It’s an iconic playing out of one of the worst things that can happen with a tough chart. I hate to outline these sorts of things because it can make people feel downhearted about issues in their own chart. It’s always good to remember, though, that no matter your challenges, you always have choices… choices about having integrity and choices about getting help when you clearly need it.

Mr. King had an Aries stellium in the 12th house, Sun, Moon, Mercury and Venus. Aries and Neptune/Pisces are a tough mix within one person; there’s a lot of fire, independence and a warrior nature and this doesn’t blend easily with Neptunian, 12th house, “we are part of a larger whole” consciousness. There are ways to do it and they generally involve service, being a warrior for something higher than yourself. Unfortunately Neptunian or Piscean energies also relate to substance abuse when taken at their lowest ebb. From the outside it looked as though Mr. King did try to use these energies well, at least at certain junctures in his life, and it is terribly and sadly iconic that he died by drowning… overtaken by water (Neptune and the 12th house). Neptune in Scorpio (more water emphasis) quincunxed Moon-Mercury.

The violence inherent in his life is evidenced in his Mars-Pluto-Uranus conjunction, sudden violence, but exacerbated by the quincunx to Sun-Venus in the 12th and the opposition to his 11th house Saturn. He took a beating in public, from a group (11th house), and inspired massive rioting.

There’s certainly an argument to be made that things were stacked against Mr. King. They were. But plenty of other people were also born with these chart elements. Neptune made a wonky aspect to his 12th house planets and Jupiter aspected none of his personal placements. However, with Jupiter in the first house opposing Neptune he and his situation broadcast a hidden or ignored problem that changed things forever for many people. It brought focus to a seemingly intractable, multi-layered societal condition.