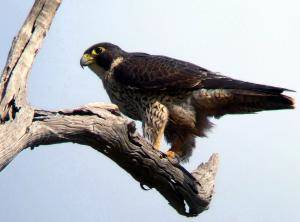 This is one of those risky topics. It gets into people’s un-comfort zones. Fact is, you’re uncomfortable whether I say anything or not. You just don’t know it. If your icky feelings are subconscious, this does not mean they don’t exist!

The stuff that lurks deep in your psyche drives your behavior. It manifests as various obsessions or compulsions, misguided anger, over-reactions to remarks or events others might see an innocuous.  In short, you get triggered. Because of this, it’s better you puke the stuff up and be rid of it. Better for you and better for the people around you.

I was working on a gal’s chart in one of my workshops. She was in a LONG TERM bad marriage.  The marriage was very bad. It had no redeeming features at all, save the woman had some degree of financial security if she were to stay put. Even that might have been an illusion.

She stayed put for a very long time and she may stay put forever simply because she is so averse to risking her security. I did not judge this. I’ve clung a situation for the safety factor at least once in my life, though far more in line with my nature to bet the farm.

The United States is in a precarious situation right now with so many relying on unemployment and/or food stamps and the like.  People get conditioned to having these things provided (like the woman in the story) and they come to think or believe that this is as good as it gets. Not only is it all they can have, they’re terrified they will lose this sustenance and it will lead to their demise somehow.

This fear keeps them bound, flying half-mast, you could say. They live on a tether and they stay there coming up with various justifications as to why it’s not possible to take the noose from their neck. They also get pissed off when someone like me says, “Hey, you could take that noose off, ya know!”  But I don’t know another way to see it.

The woman in the bad marriage may stay in it for the rest of her life. I said so, and she said so and perhaps she’ll have the opportunity. But for those who wonder what else might be out there, someone told me once that I could have this one (safe) thing OR I could have a life where the sky was the limit. I believe in myself so I choose door number two. You can do the same.

Two phrases come to mind when I think about this.  The first is, “Better the devil you know…”

I am not sure that is good advice. Better the noose around your neck..?

I say, better to live without a devil or a noose.

I also think of, “A bird in the hand is worth two in the bush.”

Compare the meaning of that with the origin, from The Phrase Finder

It’s better to have a small real advantage than the possibility of a greater one.

This proverb refers back to medieval falconry where a bird in the hand (the falcon) was a valuable asset and certainly worth more than two in the bush (the prey).

I thought that interesting so I called my husband for his opinion. He was taught to think logically, not with his heart. Be believes you should act on logic rather than how you feel or what you would like a situation to be. He also said he had to fight hard to learn this.

Logically speaking, the long-suffering wife knows what she can expect in the future if she does not leave her husband.

As for the food stamps and the unemployment, etc., the people who get this stuff know it is not sustainable. Their logic tells them it won’t / can’t go on forever but their hearts don’t want this to be the case and so the override their logic.

What is important to see is that it is YOU making the choice, once you are 20, 30, 40, 50, 60, etc.  If you do opt to take the safe route then there you’ve little reason or right to complain when you reach your destination.

Are you safe? Oppressed? Who is responsible?