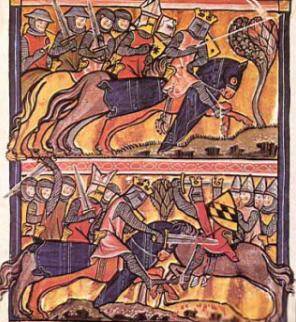 Whenever a show or fad catches fire the way that Games of Thrones has, it is invariably a reflection of the astrological period. For Game of Thrones, it is both a Uranus in Aries and a Pluto in Capricorn phenomenon.

Uranus rules groups and sociological forces, and Aries is Mars-ruled and associated with war and aggression. What is truly unique about Game of Thrones is that, instead of focusing on the psychology of certain characters in the way that post shows do, it focuses on the larger social environment and how it shapes characters’ behavior. Game of Thrones isn’t about Jon Snow or Daenerys Targaryen. It’s about the war among the 7 kingdoms and the wild north. This is why we see characters change and behave in ways that seem incongruent – Dany’s destruction of King’s landing, Sansa’s transformation from an empty-headed little girl into a hardened, wise ruler, or Tyrion’s journey from self-loathing hedonist to sage advisor. Daenerys was driven not only by her own genetics but by the horrors she encountered in the East and her inability to truly create the change she believed in. Sansa was swept up and made a pawn in a mind-boggling soup of political intrigue and sickening trauma. And Tyrion was thrust into a world he never dreamed of due to his family’s bigotry and their claim to the throne. They didn’t change the world. The world changed them.

This is also why it’s possible for the narrative to kill off so many characters that had seemed to be essential to the plot (Ned, Robb, Joffrey, etc) without ever losing the narrative thread. Just like in real life, the story moves on, with or without us. Game of Thrones is a story about how war (Aries) changes the world (Uranus). The characters are only vehicles.

Game of Thrones is also a very Pluto in Capricorn creation. George R. R. Martin is both a student of history and a known pacifist, and his work makes the most convincing case possible for pacifism not by heavy-handed moralizing, but by depicting in excruciating detail the horrors of war. He illustrates the reality (Capricorn) of the destruction (Pluto) that war wreaks. He strips away the valor and glory and mythology we ascribe to war and instead brings it down to earth. We see torture, decay, and trauma. We see children struck down in their innocence, families torn apart, lives thrown completely off track. We see true, gritty reality. This is something that would never have caught on when Pluto was in Sagittarius and everyone thought that all you had to do was think positively to have everything you ever wanted. But now that Pluto is in Capricorn and we have all crashed down, Game of Thrones is a perfect fit.

There is, of course, a ton more to say about Game of Thrones. With 4 books and 8 seasons of TV, how could there not be? I’ll be back soon to discuss some of the characters in detail.  In the meantime, tell us some of the astrological themes that stuck out to you. I’d love to know what you noticed!