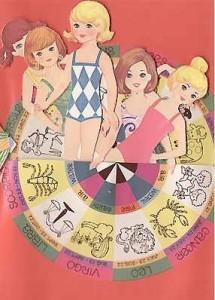 I don’t think the future is bright for bloggers or any other independent publishers.  This is because we’re all competing with Google now. Good luck with that…but let me explain using my business, astrology, as an example.

In the old days, a person would google, “moon in aries”. Google would direct them to someone’s website.  They would offer them a list of sites that might address their query in some form.

This was great for the astrology student. They could access a variety of opinions on some aspect. Over time, they might find one website to be reliable or rich in content. They’d bookmark the site and often enough that site was mine.

Today, when you google something, google some blurb about the thing, right up top.  Moon in Aries is _______.  Often enough, this is enough to satisfy the person searching. They have their easy-google answer and no reason to click anywhere.

If just ten percent of website traffic was lost in this way, it would be significant. I’d not be surprised if the figure was closer to fifty percent.

I’m not writing this to whine about it.  I’m writing for the same reason I write anything. I think it’s interesting or something it will help people to know. This affects me but it affect a lot more than that!

In the future, it seems a soundbite will take the place of deep understanding.  It’s not true knowledge, but something on the surface that people accept. Artificial intelligence as opposed to some flesh and blood person like me, who merges knowledge, with her heart, her soul and her experience.  It’s going to be canned music, if you’re familiar with the term. Sterile.

What scares me is that most people will believe whatever google presents for them to read. And with all the insanely bad astrology out there, chances are what is offered is going to be…who knows?  You’re a guinea pig in their experiment.

This misinformation is everywhere.  The other day I was shopping. I’m one of those people who check the tags for the cost per ounce. I was looking at the various sizes of McCormick vanilla. It was obvious that the math on the tag was wrong.

I’m not talking about the small size being a better value than the large size. I’m talking about the math being wrong.  There is no way that a sixteen ounce bottle that costs eight dollars is one dollar per ounce.  That kind of wrong.

I pointed out the error to someone who worked in the store. When she looked at me as if I had three heads, this is when I recalled that these days, close is good enough, or even excellent.

I think the astrology of the future is going to be very bad.  Sorry, but people (and machines) who know a little think they know a lot.  Real knowledge will be kept by someone, somewhere, but it will be hard to access.  Google bones for one and all

As for what will become of this blog, under the new system, I don’t know. But if anyone can figure out how to survive, it will probably be me.

Mine was the first astrology blog in the world. Wouldn’t it be something if mine is also the last?