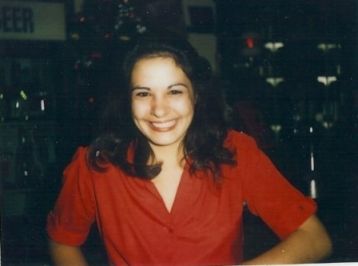 I wrote this after a conflict erupted on this blog some months ago but this story is relevant always.

I have always been upset by one person’s critical comments of another person’s body or appearance and have confronted it since I was a teenager.

I am 18 years old in that picture, I was a bartender. I was pretty cute little victim, you think? NOT.

I used to work in this old man’s bar (Saturn). It was a small place, most the customers were regulars but the bar was on one of the major arteries in the city and occasionally someone new would stop in.

One day this these two guys came in. They were younger than what was usual for the place, maybe 30 or 31. Remember I’m a teenager.

I got them their drinks and I can’t recall specifics but they started to piss me off right away. They just irked me with some kind of lecherous thing said under the breath or so I thought. I couldn’t be sure it had actually happened.

Based on that and the fact I was a TOTAL professional, I left it go. After all these were paying customers and I work for the boss, always.  So I ignored the thing and went back down the bar to where some of the regulars were… aka friendlier territory.

The two men had a another drink and perhaps another, each time I served them there was some kind of subtle exchange I didn’t like and each time I ignored it. Instead I offered them a nice smile, very hostess-y. I was pretty sure the whole bar was oblivious to what was going on but then it happened.

“Yeah, her breasts okay, I guess. They’ve got a nice shape but they could be a little bigger,” one of the men said as if he were whispering.

I was facing the cash register at the time and I spun around, slammed my hand down on the bar (Mars Mercury) – BAM!

“You don’t like my breasts? How about you put your dick and the bar and I’ll tell you what I think of it, son-of-a-bitch!”

The whole bar went silent. No one could believe what I said so I repeated it. “Right here”, I bellowed, cute face and all, again banging my hand in the spot where I thought the dick should go. “Let’s see the dick, you bastard!”

Total silence, though by now the whole bar was staring at these two. The men squirmed for about 4 seconds, muttered something unintelligible and then got up and left and you see nothing has changed.

I have a pretty good bar here and I am in service but I have my limits. I think my limits are in reasonable places but if you think otherwise there are other bars.

People were appalled in the bar that day. The bar was full of men, I was the only women and each of them had a dick. You can just imagine the un-comfort.

My customers had to decide if I was an insane hothead or what. They might have thought so in the moment but fact is I’d been serving them all for a year or more and on a deeper level they knew better.

Do you defend yourself? If not, why not? 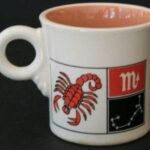 Introduction (And A Look Back) At Saturn In Scorpio 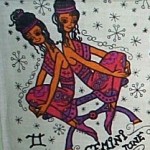 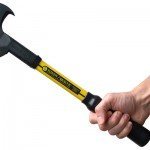