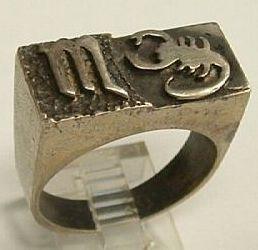 Hitchhiking on a person’s energy is your own business but things change when you have a regular source. I realize other people will see this differently but I have strong feelings about this.

I have been a source for many, all my life. People routinely feed off this blog and the people it attracts, which tracks back to me. They particularly feed off my pain when I express it. Don’t think for one minute I don’t know it.  They also get a extra-credit meal when I blow a gasket…. gobble, gobble, gobble.

I think when you continually feed off someone and when your routinely benefit from them, you owe them. (see related – Scorpio – The most undervalued sign in relationship by far)  For example,  the soldier is a rich a source.  He has spent his entire life at the far end of the continuum in every way possible.  Due his intellect and the training of same and it is great privilege to access his quality energy which winds up on this blog in some form.

People who have quality energy, know they have quality energy. It is of quality because they’ve honed it.   If you are lucky enough to run into someone like this, it behooves your to appreciate what they offer and I have a story to illustrate.

I was contacted a couple weeks ago by an old pal… he is a double Scorpio I met via my original blog probably around 2002.  He is an ex-green beret who befriended me and we have been in intermittent contact since.

As the pattern goes, there is an intense exchange of emails over some period of time (weeks not days) and then he goes periscope down.

He goes so far down I don’t know that I will ever hear from him again but I never worry about it because I know he can keep a confidence and would never harm me. I know this why instinct.

This is an example of an exchange of energy and neither of us mess around much. He surfaced to ask me how I was doing. I sent him an account, with every wart, included. I mean, I just laid it out sort of like those frogs they make you dissect in high school. I knew it would be a meal but it’s more complicated than that.

The complication was this:  You don’t eat for free!  Not if you’re decent you don’t, and he is. So when I sent him all this info… well it was intense, personal, probably unexpected and intricate enough to be a challenge to parse. I mean he expected MEAT, I am sure but mess with me no telling what kind of steak I am gonna toss you.

So on one hand, it’s glorious because MEAT is so scarce but on the other it brings pain.  I know it brings some kind agony to have to read my words and fashion a response.  So here’s the point:

It his due his energy I was able to do what did… spew that is.  And while he receives something, the opportunity to speak freely without restraint is so rare I best comprehend he is going to have to contain this on his end which means I am using his energy and for that I ought to thank him and I did.

I like these green berets. They swear to liberate the oppressed and then they do it. But here is the upshot: If you have a rich source of energy you best care for it because it knows when you steal.