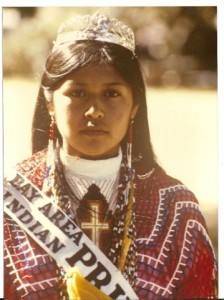 “What each must seek in his life never was on land or sea. It is something out of his own unique potentiality for experience, something that never has been and never could have been experienced by anyone else.”
–Joseph Campbell

In a birth chart the placements that move most quickly are the most personal. The Sun moves about a degree every day, through a sign in a month. The moon, moves much more quickly than that, through one sign in a few days. The slowest moving planets, the outer planets, take years to move through a sign and have a more generational effect in the chart. The placements that move most quickly, and are therefore most singular to a given chart, are the angles, changing signs in mere hours. It is the house system, led by the Ascendant, that determines the personal arenas of the outer planet placements.

The Ascendant, the sign on the first house cusp is most markedly an indicator of appearance, both physically and in how the person “seems” to be. It can be the major feature of our active persona, our social role, and when under stress it can be the mask behind which we hide.

Leo is rising in my chart and when I am out and about I am often seen as playful, dramatic and strong, whether or not that is how I am actually feeling. It is often how I am perceived. Due to my Pisces Sun I am actually a bit shy. My Capricorn Moon is reflected in my personal propensity to worry a lot. However, this is not what people see at first glance.

When I was young and faced with a daunting situation I used to consciously pretend I was someone else, a captured Princess (Leo= drama, royalty). I gave speeches, sang at public events, waited on hundreds of people at a banquet, all as kidnapped royalty. It got me through.

The Ascendant, being the first house, Aries’ house, is a placement for active participation. I am seen this way in part because that is how I act. Under stress, when I am particularly shy or worried, I put on my Leo mask and act like a Leo. Because it is my Ascendant it comes naturally. Over time it has become ingrained. I’d have a hard time pulling off the appearance of shy and retiring, though those traits are in my chart too. I am many different things but Leo is my first handshake. It may be a mask, but it is also part of me.

Where is your Ascendant? Do you wear that mask? Is it active, passive, both?