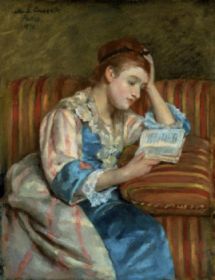 My hair was long and the Leo took a piece in front and cut 10 inches  with great flair. I loved it. I could see the crowd. He couldn’t but he didn’t need to because he knew he has them balls from the first snip. Fuck it. Camera’s rolling, isn’t it? I served up the biggest grin I’ve got.

A dozen people were watching and within two minutes that doubled. My Leo Venus quickly ran through her repertoire trying to figure when persona to play. I scanned the audience for a clue and there is he. A dishy guy, staring at me. Yep. He was staring at me and he was going to stare until I noticed, I could tell.

I answered his stare by looking at him intently. A small smile, a few teeth. I am deadly, I admit it. I looked at him thinking “Yeah I see you, whatcha got?”

Dishy guy smiled back. He was locked on now and he was pleased. I was pleased too. I like men with a heat-seeking missile. There is lots of promise in that.

Meanwhile the stylist was humming as he snipped. Softly. This was an art museum, people whisper. The Leo hair artist was cutting the same hair three times and I chuckles. He was milkin’ it too and that was fine with me. I was in no hurry. I had a man to play with and this is some seriously unexpected fun.  I silently thanked the universe and continued to look at the guy who brought his hand to his face and started vamping coy.

I liked this, so I maintained eye contact and gave him back a chuckle. I even managed to blush a little and he approved. He smiled and nodded his head. He had dimples and man was he cute. He was cute to illegal degree so I flashed another big smile.

He mouthed to me “you look good” and that did it. This is when I knew I would be leaving this museum with this guy.

Skip to Finish With Flourish 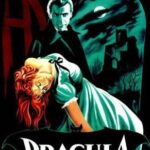