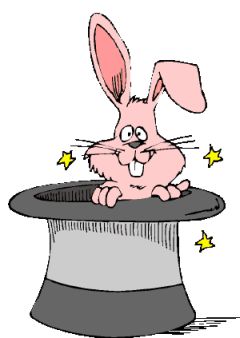 The soldier and I, after I made that last video.

“I’m doing okay,” I said. “I got another video made finally.”

“Oh, I think it was good. I told a story. It was funny and it had a purpose but boy those things bug me out. They are just not real at all.”

“Well for starters I look better in the videos than I do in real life. So I guess I could be grateful for that except I also look like I feel good.”

“Yep. I look good and I look like I feel good when I actually feel anything but! It’s uncanny. I feel like crap and I look at the video and I am just baffled. Anyone seeing one of those things would think I am having no problem at all.”

“Huh? Magic? How is that good? I’ll tell you what’s happening. People see those things and they write me. How are you doing they ask? Well I’m doing horrible, I say. My whole life is on fire, and I am having a murderous time. I say this because it’s the truth and they’ve got to get that back and say what the hell is this? She’s right there on the video and she looks fine to me.”

“Yeah, I imagine it must sound like I’m crazy. How bad can it be when you look good and you sound good?” I said with a snort. “This is the freakiest thing ever. For the first time in my life I can see what other people see and it pretty much explains my whole life. It also makes me wonder.”

“Makes you wonder what?”

“Wonder if I should just let the illusion be real. When people ask how I’m doing, how about I say I’m doing great. Great! I am doing grand! I have no problems in the world, just like you imagine. Maybe I can just start saying that and forget reality. Who needs it? No one pays attention to it anyway.”

“Well it would make a lot more sense then trying to convince people of reality when the unreal illusion makes such a strong statement. It’s one hell of a cosmic joke when you think about it. Drown me in gut wrenching problems from the day I am born but make it appear I’ve never had a problem in my life.”

“Well now that I can see if for myself I can understand it better and I am going to think about whether it might work to just let the hologram stand as reality. Because it seems stupid and fruitless to try to tell people I am suffering when they believe that they can plainly see I am not. Her? What the hell does she have to complain about?” 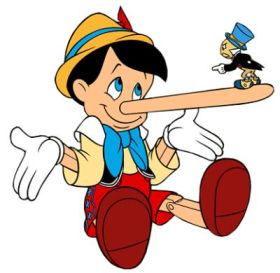 “Yeah, and there is no use being mad about it either because frankly if I look with their eyes I see the same thing they do. Now I don’t know about ignoring what you’ve been told though. I don’t know how that works but you know all about it because it happens to you too. What happens if you tell someone you were in Special Forces? What do they say?”

“They think I’m lying. They call me a liar.”

“Right. So eventually you quit saying it.”

“And they stand there and tell you about their difficult days in the ROTC? About how disciplined they are from this experience?”

“Well there you go. No wonder we get along. I may have to turn into you,” I said. “Let people put whatever they want on me.”

“Yeah, P, that’s the way it is. They see I was in the army and ask me what I did when I was in there. Oh, I was in Special Forces, I say. And they say, you were not. So I say, then you just write down what it was I did in the army then since you know.”

“Yeah, well don’t you think this is freaky though? That people would think they have a better idea what your life is, how it’s going than you do. Where do they get their information?”

“I don’t know where they get their information and it’s freaky all right but it happens to me all the time. I can’t tell you how many people have told me I haven’t spent a day in Special Forces in my life but there have been a lot of them. Matter of fact, I don’t think anyone has ever believed me even once so I finally quit telling people about 10 years ago. I just let them fill in the blank however they want.”

“Yeah. The blank of what I did in the army. I don’t even ask what they put in there because I don’t even care. I mean, I suppose I could kill them and that might prove something but then they’d be dead. That would give them one second to know I am not lying, right before their life ended. That can’t be the thing to do so I just stand there and let them tell me who I am and what I did and didn’t do.”

“I just tell them how good it all sounds. Oh, well that sounds good, I say. That sounds just peachy.”

Any other Pisces rising / Saturn Neptune types give in like this?