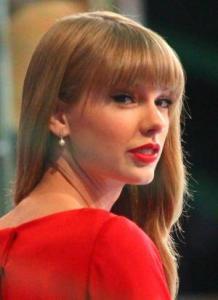 I don’t usually write about celebrities but I do write about Saturn and the news of the day.

I came across this headline – Taylor Swift’s “Reputation” Tour Shaping Up To Be A Disaster.

“What is Taylor Swift’s “Reputation” worth? Not the jacked-up prices she’s charging for concert tickets.

That’s the verdict from ticked-off fans, who are balking at buying seats for the 28-year-old pop star’s tour to promote her new “Reputation” album, citing stratospheric markups and greedy sales gimmicks…”

28-years-old?  Ms. Swift is heading into her Saturn Return. I was prompted to look at her chart. 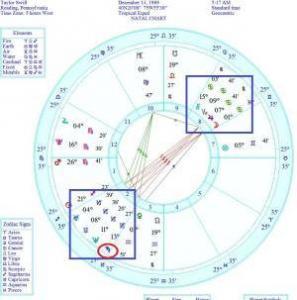 She also has her Moon and Jupiter in Cancer. Jupiter is exalted in Cancer; this is greatly fortunate.  But note the early degrees of that conjunction and the tone of the article. Clearly this Saturn transit is upon her.  She’s overpriced (inflated) herself and she’s now being humbled / brought back to Earth.

There is more of this to come. And please don’t think I feel she has this coming. I don’t think things like that at all, when it comes to a young adult. “Young adult” in my mind, is anyone, ahead of their Saturn Return.  This is exactly the time in a person’s life where they come to see their limitations and feel pressure to take full responsibility for their life circumstances.

Ms Taylor should learn from this and that is all.  It’s a reality check and one she’d be well advised to pay attention to.  How she handles herself over the next eighteen months is going greatly impact the next thirty years of her life.

There are really only two choices for her. She can shriek and blame others or she can take it on herself. “I did this and it feels so bad, I am never going to let it happen again…”

A person with character will make the latter choice. Land the plane!