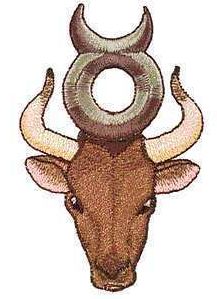 I met this man about three years ago through mutual friends and there was a attraction between us. We were still in the hanging out stage when he had a horrific accident. He had a heat stroke and was in the hospital for two months. During this time I went to the hospital to be with him. At first he was in a coma and his doctors thought he was not going to pull through. I would hang out with his parents and then he came out of that and he had rehab and I was there for that too.

He finally got better and was able to be released. Once he was released, he totally ignored me. No phone calls, nothing. It really hurt me because he totally pushed me away and I am the one person that knew what he overcame while he was in, besides his mom and dad. Anyways, we ended up going to dinner one night, because our friends arranged it. They thought he was being crazy treating me the way that he was. Come to find out, when he got out of the hospital he started talking to a girl from home, in another state and now they are a couple.

After that dinner with him, I was so mad at myself for being there for him. Then long story short, we ran into one another a few months later and ended up going home together and having an amazing night. Everything was perfect for both of us. The next day he acted fine. We had another amazing moment and after that he couldn’t get out of my house fast enough. He was saying crazy stuff like he can’t have 2 girlfriends and that was the end of that. I have run into him a few times since then. We have had no contact with each other even when we were in the same room. He stares at me and I stare at him. It still hurts after all of this time.

I wrote him a letter last week and mailed it to his mother’s house; I have no idea where he is now. I am now thinking I made a mistake by mailing that letter. What do you think? Maybe Scorpio and Taurus people do not belong together, but everything just felt so right.

I think several things and I will tell you what they are in the order I thought them. First, I think your attitude around giving could use some adjustment. This man went down and you chose to invest yourself and be there for him. That was kind. It was nice and it was loving, but all of that is meaningless if there is expectation of any kind attached. And in this case, there was. So that’s the first thing. It’s like loaning money. Don’t loan money you can’t afford to lose. Don’t give love if you’re not going to be able to cope if it is not reciprocated.

So obviously I think this guy had a right to come out of his near-death experience and call this gal from his home town. It’s not that I don’t feel for you, because I do. I’m just saying, it does not sound as if he made any promises while he was in crisis so I can’t see where you have been fouled.

And even after you slept together (I’m guessing) and had an amazing night, I still don’t think he fouled you. You fouled you, when you slept with another woman’s man and he fouled his girlfriend when he slept with you…

Now actually, “I can’t have two girlfriends,” does not sound crazy to me. It sounds correct. And as painful as this may be to hear… I think he saw an opportunity to have sex and he took it. But who gave him the opportunity?

This guy’s morals are obviously fuzzy but I see no evidence he’s lying to you in any way. Instead, what I see evidence of is you repeating the same pattern…

You thought you could invest your time and energy in this guy when he was sick and have him be yours. You were wrong. Later, you thought you could invest your body and have him be yours and you were wrong again. Look. It’s time to cut your losses. This man does not want you. He simply doesn’t. And it doesn’t matter how many friends say he oughta want you. Because people don’t do what other people say they oughta do. They do whatever they want.

And this includes you, by the way. You wanted to invest in this guy and it didn’t pay. I don’t know what to say outside of recommending you think long and hard about investing any further because to me, this seems a clear case of good money after bad.