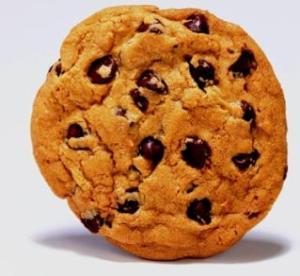 Previously on this theme – Dining With Taurus… And Their Greed – Chipotle One time I was dating a Taurus Moon, which is worse than a Taurus Sun when it comes to food. I baked him some chocolate chip cookies. Actually, I baked him cookies every few days because he was eating them four in the morning, four at work and four in the evening. He was limiting himself to 12 cookies a day. And the point is, there was not a cookie shortage. He was 40 years old, though it does not sound like it, does it?

Anyway he was taking his cookies to work, and several weeks went by. Taurus has habits and this had become a routine. So he came home one day and told me people at work were talking about his cookies.

“They said they looked good.”

“Did you give them one?”

A couple months later, I was at a party, doing astrology. I was putting up people’s charts and chatting and stuff… telling jokes. There was a group gathered around a computer and when I told this story, a gal at the party turned utterly BEET RED. Then she confessed.

She said she had a big tin of some type of rich fudge or whatever (a Taurus would remember this part of the story) but anyway, she said it was huge. And she brought it to work, because she wanted to have it available, but she just could not bring herself to share it

“I just couldn’t do it, because it was MINE,” she said. And she wasn’t justifying this; she was embarrassed.

I cleared my screen. “When is your birthday?” I asked.

She rattled it off as I typed into the astrology program to pull her chart up. Sure enough, Taurus Moon.

Five years later, I told this second story to another Taurus, who said that nuts in fudge was strictly for beginners. “Why mess up the chocolate,” she explained. “Pure indulgence is the way to go.”