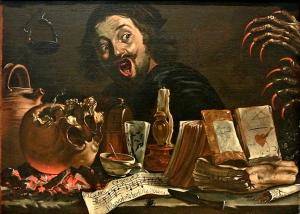 My Saturn squares my male friend’s Mars. His Mars is in Leo, and I find small things like him sneezing or coughing too loud really, really annoying and off-putting. We tried to date years ago but it didn’t work out because I would undermine and emasculate him, and even though he is objectively handsome, I would sometimes be outright disgusted by him.

Do you think there’s a major difference if the Saturn person is male or female (in a heterosexual relationship)? Is disgust a common feeling for the Saturn person or is it just me because my Saturn is in Scorpio? How would a person with Saturn in Leo or Taurus feel?

I don’t think it makes a significant difference whether a person is male or female, heterosexual or otherwise in a situation like this.  I also don’t think it’s common to feel disgust for a person who has Mars square your natal Saturn, regardless of the sign, though it’s possible.

I don’t have the charts to verify but I am not even sure that Saturn is involved when it comes to feelings of “disgust”.  Saturn would be indicated if you judge him, feel embarrassed of him in public or wish to control him. This seems a bit different.

I’m not sure what’s being triggered here. Revulsion seems a Pluto thing to me.  Attraction is associated with Venus. Saturn rejects. It sounds like you don’t like what you’re being served. That’s tracks to what you find tasteful.