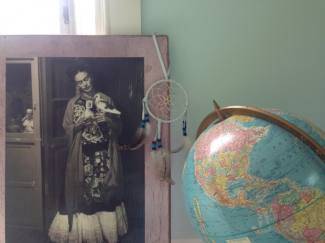 Hi, Heather.  I don’t think I can give a uniform answer as to how planets behave in the other person’s 12th house.  I also can’t tell you, definitively, how they’re experienced by the person who has their twelfth house activated. This is because there are endless ways these things can play.  The twelfth house by it’s nature is diffuse and undefined.  That said, I do know something about this.

Most sources will tell you that the twelfth house overlay is not good for relationships. The general claim is that it disturbs the person whose twelfth house is activated. I understand this. Some would be uncomfortable with someone seeping into their dreams or communicating with them in the ethereal realm.  It might be like having an itch you can’t scratch.

However, I have a group of planets that fall my husband’s twelfth house and he’s had no complaint with it. In fact, I was his spiritual company for more than the twenty years we spent apart.  If a person is open to the supernatural, this would be a positive thing to see in an overlay.