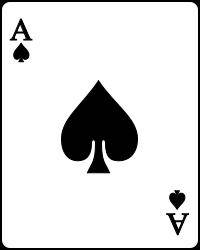 Recently, I watched someone do something wrong. 80% of people would immediately know the thing is wrong. The other 20% might think nothing is wrong or whatever. Let’s forget about them. I am talking about something clearly wrong to the majority of people. Something like beating up an old person and stealing their five dollars when you have no need for money. Most people agree, that’s a wrong thing to do.

I was surprised when the person did this thing because they did it in broad daylight, with no shame. Like rules don’t apply to them. But forget all the judging. The next thing I felt was stone cold fear.

I felt fear because what’s the karmic price of something like this? I immediately thought the payback could be extremely harsh and I’ll tell you why.

I did something crappy to someone when I was about 25 years old. I was cavalier about the whole thing.  I cared for about two seconds. Then, at 27.5 (my Saturn return), someone did the exact same thing to me, except worse.

I suffered at that time. What goes around does come around. It came around to me, in spades. It’s a lesson I’ve never forgotten.

So what if you’re still doing this stupid stuff when you’re 50 years old? Do you think this stuff goes unpunished.

I think some people are given a lot of latitude. They’re given lots of time and many opportunities to right a wrong. If they let them pass, eventually it’s BAM. Hit square between the eyes.

Remember when Winona Ryder was caught shoplifting? Like she can’t afford the clothes? How many times had she done that and then, BAM. Embarrassing.

I see all these truly horrible things that befall people. You think no one can touch you; next thing you know – Bam!

It’s not that I think everything bad that happens is brought on by karma. But I do wonder why people who are old enough to know better, take these kinds of risks.

Do you think things like this too? Where is Saturn in your chart?