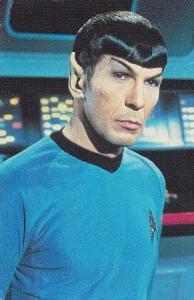 Once you begin looking at individual horoscopes Sun Sign Astrology tends to lose its draw. It does have some validity though; it’s just not very individually relevant, at least not predictably so. However, if you were born with your Sun at 15 degrees of any sign, the rising in the same sign at zero degrees, you’re in luck. Sun Sign Astrology was written for you.

Sun Sign Astrology uses the Whole House System where each house cusp is at zero degrees of the sign. In Sun Sign Astrology forecasting each sign is evaluated with that Sun sign as the first house cusp, the ascendent. As an example, using Aries, the ingress of Uranus into Aries is a major influence as it is a shocking energy moving from Aries’ 12th to Aries’ first house. A Sun Sign Astrologer might note gravity in relationships as a long-term influence as Saturn in Libra is in Aries’ solar 7th house. However, most SSA forecasts are likely to target planets that are quicker moving, personal planets, particularly the Moon but also Mercury, Venus, Mars and sometimes Jupiter.

There are two elements to forecasting here, house position of transiting planets, as mentioned above, and the relationship of transiting planets to the first house Sun. It tracks angular relationships to the Sun by sign, squares, trines, sextiles, oppositions, conjunctions. Again using Aries, today the Moon is at mid Leo so within the span of the day the Moon will at least loosely trine an Aries’ Sun. Would it not be likely that most Aries will feel vibrantly alive today? That’s how you make general Sun Sign forecasts.

Now, if you have an early degree rising of any sign (reading for your rising sign) you have a pretty good shot at accurate forecasts, but only when they’re using transits by house. The same is true of mid-degree Suns, but only if they’re predicting by aspect.