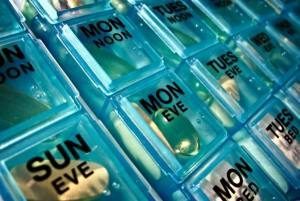 Yesterday I got a letter from one of my doctors. He said he’s quitting his practice for seven months, so he can take medical treatment.  I was shocked.

I thought back to the last time I saw him. I can’t say that he looked well. I’m not sure he ever looked well but he’s an excellent doctor.

I was not going to be seeing him again since I’m moving. But I emailed him to wish him well with his treatment and to thank him for his good work over the years.

I thought about how a person can be just going along and then something like this happens. You get some kind of diagnosis. It happened to me, didn’t it?  And so you deal.

Lupus is not the end of the world. It’s not the end of my world. Barring some extraordinary happening, I’ve decided to treat this with Plaquenil and nothing more. I have no side effects from this drug and I just don’t want to complicate things and risk getting lost in a world of drug side effects, clashes or complications.

From what I can tell, this means I am going to have sores on my face, mild to moderate, maybe half the time. After living with severe sores for five years, this seems a pretty good compromise.

I will probably continue to be cold. I’ll have to watch my stress level and most definitely avoid direct sunlight, especially to my face. I’ll need a lot of sunscreen and this is the worst part – I will probably have to wear hats and mess up my hair! That’s the worst of it right there!

On the upside, I’ll avoid is endless trips to the doctor. I’ll avoid experimenting with powerful drugs which may do me more harm then good. I will being frustrated, asking questions that have no answers. I can just go on with my life/

I know our culture wants to be perfect. Lose that last ten pounds, right? I’ve gone beyond that now. Once you’re stricken, it puts things in perspective.

Think about my doctor. He’s not that old. In his forties, maybe? He aspired to be a doctor at one time. Now he aspires to survive. It’s a big shift.

I read a story recently, about a couple in their 80’s who have been married 62 years. They have six kids, but they lost one of their sons to a sudden heart attack when he was sixteen years old.  This would have happened decades ago but it was mentioned in the article because they were stricken at that time and it changed their life.

People who survive something like that typically want to find meaning and purpose in life, since the pain is often unending.

Have you ever been stricken by something, suddenly, that hit you so hard that it changed you forever?