I’ve never been a parent before, but now I’m step-dad to two boys – five and ten years old. I am struggling with authority issues, especially with the older one.

Signed,
New on the Job

With a Capricorn rising and SIX planets in your tenth house, there is no mistake here. You want to run the show. You’re a born authority figure. You can definitely do this, but here’s the deal: like everyone on else on the planet with this much Cardinal energy, you are a control freak!

Now you didn’t send your kids’ data, but I bet you anything the kids are also strongly Cardinal: Aries, Cancer, Libra and Capricorn. That’s especially true of the older one and that’s the conflict. You want to run the show… but so do they!

Now you can say that you’re the parent – you’re oldest, so you win. But is that good parenting?

So when they piss you off, it’s not how to make them bend to your will. It’s more about, “how can I be a wise parent?” Or, “how can I best guide these children?”

And it might help for you to think about the idea that they want control too! So give them some. For what it’s worth, I am strongly cardinal and so is my son. He likes to boss me!!! It’s rude too. But I don’t react to it much. I teach him boundaries. “I don’t take orders from six-year olds”, I tell him. Or I say, “how about you run your life and I’ll run mine.”

Because you know what? I am a born parent, but so is my son!! It goes without saying who the parent is. Still, I take every opportunity I can to tell my son, “do whatever you want,” or “wear whatever you want.” He thrives with this.

And you know what else? He goes out in the neighborhood and older kids follow him around. He’s a natural leader and I feel proud.

Just change your focus so you’re not trying to dominate the kids. Instead, try to be a kick ass parent and that’ll change everything. 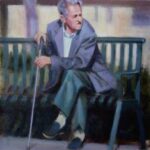 Love, Parents And The Saturn Return 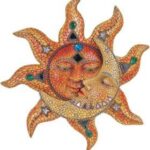 How To Deal With Traumatic Loss – My Crazy Idea That Worked