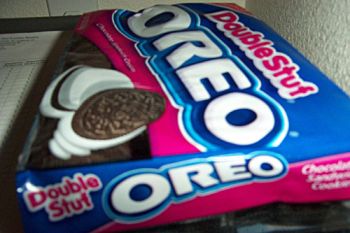 I am on my 3rd day with no sugar and all symptoms of depression have lifted. In my case it seems a very simple Saturn Moon equation: Control the diet, or feel depressed!

The problem now is I am just a like alcoholic 3 days later. I feel no problems at all and there is a risk of telling myself, “Oh, that wasn’t so bad. I’m sure a cookie won’t hurt…” ::rolls eyes::

It actually was that bad, it’s been devastating and as a reminder to myself I am writing this blog because as I have suffered, Dora has suffered.

Sometimes this house is bustling. When the solider is here with his pile of gear in heaps in two rooms, when Vid and Cluck are here along with Dora and I… well this is a small house so it’s very busy. Quirky Aqaurian is around a lot too and while Dora likes everyone – She is always happy to see people, she is also somewhat relieved when they all clear out and it is just her and I. That is until I started feeling like crap.

See, Dora can’t see very well. She nearly completely blind and nearly completely deaf so as you can imagine her other senses are very heightened and she very much picks up on your mood and I am pretty sure it amplifies inside her.

For example if I am afraid, as I was one night when I heard all this noise and banging around, she becomes completely terrified. She really relies on the people around her to know what she supposed to do and how she is supposed to feel. So when my mood dropped her mood dropped as well and it dropped dramatically.

I think this is worth noting as Dora is akin to a very sensitive child and it’s bears keeping in mind your children absorb your moods. Knowing this is motivating to me. If I eat a bunch of Oreos, we are both going down.

Today, Vid and I had to take Dora to get her tooth checked by the doc. It was supposed to be 2 minutes in and out, which I told her but instead we were detained because her eye is red.

She’s walked into a door, see, so they wanted to check her out and she was entirely unhappy about it. She thought she was going to be left there again for another tooth pull, see but she was not and I was able to hold her and keep her very reassured.

Nothing is better than sanity – Period.

Do you pick up on other people’s moods? Where is your Moon?