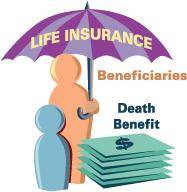 My husband’s Scorpio Moon talking to my 8th house, circa 2007:

“Yeah, well she must have thought I was going to die,” he said, talking about his wife when he was in Special Forces. “Everyone else was dying. I think she was banking on it. Get the insurance money, you know? But I just kept coming back, still alive.”

“Yeah. Surely he’s going to die. Everyone else is dying. And they were dying too. They were dying left and right, dropping all around her. So just imagine,” he said.

“Well imagine all these people dying like crazy. Every time you look up someone else is gone.”

“Yeah, it was bad. So this was going on and then twelve of us went out and ten were killed. Only two of us came back and I was one of them.” He stopped to chuckle. “I wonder what she thought of that. She must have smacked herself in the forehead. How can this be? How come he never gets killed? Why won’t he… why doesn’t he get killed with the rest of them?” he said, snorting.

“You wife wants you to die? No it’s not funny. Well, if someone wants you dead and you’re stubborn and just keep living, I suppose that is funny. But still, to hell with her rooting for you to die. You’re not supposed to be waiting for someone to die so you can be flush. What kind of person does that? A lazy person, I suppose. And a boring person. Because she’s got her life contingent upon yours which is sort of like having no life at all. Meanwhile you’re out there living in full color.”

Funny thing is, I had someone gamble on my death as well. They literally took out a life insurance policy on me explaining they thought it had good odds to pay off.

I was twenty years old at the time. There was nothing I could do. Fact is you can buy an insurance policy on anyone you want.