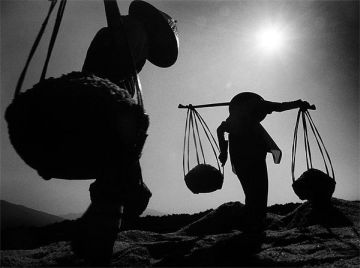 Today I talked to my friend, cf perez. I’ve not talked to her much for a a couple months because she (re)met a man and began to fall in love. There are some people who fall in love with their friend in tow but others who fare better if they’re allowed to be swept up into the new relationship unfettered and cf is of this ilk, I’d say.

In whatever case I took my energy (and burdens) completely off her so she would be freer to bond with the man which is exactly what happened. She’s very happy, the relationship came up out of nowhere but she and the man (a Capricorn) are both committed and she sounds great on the other side of this void.

The void was significant because while our friendship spans a number of years and we have had periods of both frequent and infrequent contact, we have talked 4-5 times a week if not daily over the last year or two so when this connection shut down, I noticed.

I noticed but I thought it was right in both directions. Having Uranus in the 7th, I think friendships (and other relationships) can benefit from having space from time to time so while she had some falling in love to do, I thought it was just as well I separate my thinking from hers… move outside her influence and see where I wound up on my own volition.

Reconnecting today, it was apparent that we’d both made major strides. Our hearts and minds are still connected, but she is over there now ——>

I really appreciate this kind of relationship as it can be sustained.

Do you let your loved ones breathe?