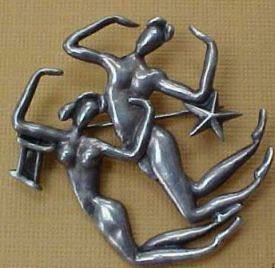 This year I started to behave like never before in my life; I just don’t recognize myself at all. I knew myself as a person who is quite conservative, has strict moral rules and loves truth….

I’ve been dating a married man (Virgo) with two kids, since January. Sex was involved from our first date (btw the best I ever had). We have a secret relationship. I know he is married and has a family. He told me that before we met, he had tried to find someone through ads, because he needed love and understanding etc.

He had a pregnant wife at home with one daughter. Married men were always strict no-no for me!! However, I started to behave like a fool and left my husband. Now I’m living alone.

I was totally, absolutely in love with this Virgo first few months. Now I’m only obsessed and at the same time repulsed by him. He says he will leave his family and live with me, which I never wanted since I don’t think he is an ideal partner for me. He has confessed he did the same thing a few years ago – when his wife was pregnant with their first, he had an affair, promised to leave and then changed his mind and returned to his wife.

Now he says it is “real” and of course I don’t believe him. However, he has already moved away from his family and it seems now he is serious.

Two weeks ago something happened. I accidentally I got into his mailbox and found out he exchanged a few flirty emails with an ex-girlfriend who contacted him. And today, he contacted someone who has a personal ad on some romance site.

Maybe it is just a fun for him, but it is possible he wants to meet new women. It means he is lying to his wife and to his secret lover as well? When I wanted him to tell me the truth, he almost started to cry, like a little boy….

I suffer like hell. Part of me wants to run, but another part in me forces me to stay and watch both of us, like when you are watching a movie. Why do I chose to experience such a horrible relationship, when I never dreamed of something like this? And why he is doing what he is doing? I don’t feel he loves me, although he says he does and I believe him that he believes what he is saying. And I don’t feel I really love him, although I say I do. Or I don’t know what real love is at all, it is possible. I just don’t understand ANYTHING now, what is real and what is not.

I feel ashamed by what I’m doing, repulsed by him/both of us and yet I’m not able to leave (yet). Why am I doing this? Why am I so obsessed and fascinated by what he is doing and where will this lead?

Obviously your man is a deeply disturbed liar and I don’t think he needs love and understanding but a swift kick in the ass.

As for you, you sound like a heroin addict. And as long as you want to stick that needle in your arm, there is not much anyone can do for you.

It’s obvious you like your pain, because your post makes it clear you do not want to stop this behavior. With your Moon conjunct Jupiter in Pisces, it seems you relish this masochistic relationship and your dissociated state.

You’re watching a movie? Come on! This is real life and you’re screwing some pregnant woman’s disturbed husband.

And I have to tell you, I think you’re well matched with him, like two drug addicts or two hopeless alcoholics. But please understand if the rest of us shake our heads and walk away. Because you’re the only one who finds this interesting or fascinating in some way. The rest of us think you need to sober up, and the sooner the better. 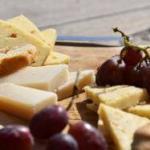