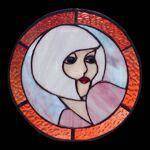 My other idea, is that you get yourself some astrology. See, here’s how it works, in astrology but also in life.

People affect each other. You know how you meet someone and like them right away? That happens when they have planets in their chart compatible with your own. And it works in reverse as well. How many times have you met someone and you just plain don’t like them? They rub you the wrong way? You don’t trust them, pretty much on sight? Well, this happens when you come across a person with planets in nasty aspect to your own.

Now obviously it’s not clean cut like that. People are complex! So when you meet someone they make you feel good in one area, but leave you wanting in another. If you have the charts in hand, you’d have a brilliant map of the relationship – of the interaction. But don’t tell the people who don’t believe in astrology this, because it will upset them greatly. 😉

So anyway, your stellium in Virgo… Moon, Pluto, Uranus and Jupiter is very tight. By that I mean, the planets are bunched together. So when you go out the world, when you meet someone who has a planet or two in aspect to your stellium, there is going to be an acute reaction and this is for good or ill.

For example, if you meet someone with Mars (raw male energy) in nasty aspect to your stellium… well they are going to be the match that lights you on fire. And do you need that when you’re trying to go straight? You don’t.

Saturn is another planet to watch. If you try to run with someone who has their Saturn in hard aspect to your stellium, they will constantly be trying to control and contain you and you can imagine how that’s gonna go over, right? So here’s what I would do.

It’s a very simple matter to learn which years Saturn was in bad aspect to the late degrees of Virgo… and if I were you this is exactly what I would do, with the intention of avoiding these people whenever possible. And you know what?

A lot of astrologers would be on my ass about this. I know this for sure because whenever I bring this up among them, I am criticized.

The main criticism is the idea that we are here to learn and the people with planets in hard aspect to our own teach us. Well I think that’s fine. But do the people saying that have to deal with what you are trying to deal with? Maybe not. Because I’ll tell you what I think.

I think it’s akin to being an alcoholic trying to stay off the booze. Must you live in a booze filled world? Yes. But you don’t have to spend your days and nights in a bar, do you? Of course not. So it’s like a non-alcoholic telling the recovering alcoholic they ought to expose themselves to alcohol on a daily basis, otherwise it’s avoidance. ::laughs::

So anyway, you’re highly combustible, this is a fact. And as part of trying to navigate this, I suggest you find out where these triggers are. Who is a match to your puddle of gasoline?

If you know how to do this, then you’re in. Otherwise, pay an astrologer to tell you, or better yet, to teach you. It would be money well spent, I promise you that.

~~
Have a question about astrology or life? Ask here! Also, please include your location. It adds a layer of interest!