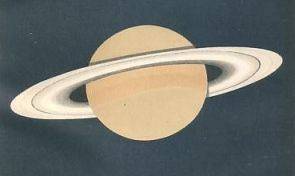 About 5 years ago, I fell in love with someone who is not my husband. Because I didn’t want to commit adultery or get divorced, I stopped having any contact with this person. Since then, I’ve tried to improve my relationship with my husband who I’ve been with since I was 18.

Despite the fact that more than 3 years has passed since I have spoken to or seen this other man, I still feel torn between him and my husband of 25 years. While my husband is not terrible, he has hurt me (and I him) and he has never made me feel loved like this other man did.

I’m skeptical about breaking up a family for feelings of romantic love – but at the same time, I worry that I might be ignoring something that is very important.

Do you have any advice for me?

With your Moon in Capricorn and chart ruler Venus in hard aspect to Saturn, you have the chart of an ultra-responsible person and if you do anything at all, you are going to have to work within these limits. You will have to abide your own nature. But that does not mean you are stuck forever and ever.

In fact you have a Neptune transit to your Venus Saturn square and you just might find a loophole, or a “get out of jail free” card. And I don’t want to give you false hope but the fact is, there is potential here for you to be released.

There is also potential for you to be fantasizing about this other man to escape the drudgery of the reality of your relationship, and if you use the energy in this way I think it would be a mistake. It’s very easy to dream this other man into anything you want him to be because he’s not around and in fact, you have never had to deal with him really. You have not had to really live with him, get to know him, deal with his farts, his children if he has them, the fact he doesn’t have children if he doesn’t and other such realities. So here’s a better tack:

What if the universe sent this man to “cross your path” so you could see the potential of how relationships could be? Because it almost seems you got this message. Because what did you do? You went home and tried to improve your marriage. But what if you try and try and try and try and this is as good as it gets? Or what if you are the only one trying?

I don’t know the answer as far as what is going on with you and your husband right now, but I am pretty sure the universe is benevolent. And if you respect it as you surely seem to be doing, eventually it will pay dividends. So here’s the deal. It’s a hard deal and I am sorry about that – but when you’re in forties, most of us have a pretty good idea what our lives are like so I doubt you’ll be surprised.

Try not to focus on the specific man who after 3 years may be nothing more than a hologram. Instead, keep things on the love front as diffuse as possible. Because with all this Saturn action in your chart, I doubt you will be able to manifest a “fantasy”; but I do think you can manage to get what you deserve and you can work to make sure that what you deserve is very, very good.

And one more thing: This is not going to be completely resolved for about five years or so. Put that in your head, but do not despair. There will be all kinds of magic between now and then. The universe is working for you. You’ve just got to believe this.