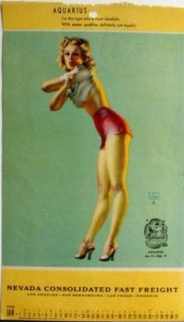 For the past few months, I have been interested in a co-worker who is an Aquarius. We have become friends at work and have hung out a few times with other co-workers outside of work. We pretty much understand each other and have fun just talking and playing. I notice a lot of coincidences and synchronicities with him… like when I’m walking and thinking of him and then we run into each other, or like how I’m writing this at home and he just im’d me (and we’ve only ever im’d at work).

He usually comes by my office to chat a few times a day and he will IM and email me all day. I am not good at showing my feelings, so he has been the one to initiate most of our contact. Some co-workers said they think he likes me, but he’s never asked me out. A couple of months ago, I asked if he wanted to come over after work to hang out and he said no and we both got uncomfortable. So I haven’t asked him to do anything else since then and assumed he wasn’t interested. But he still comes by to talk and tells me about his family, friends, roommates, work and lately he’s been telling me about how girls have been coming on to him.

I get the feeling that he’s trying to make me jealous… my intuition tells me that he does like me and I feel there is something almost tangible between us, but I really can’t figure him out. WhenI make up my mind that it’s all in my head, he will do or say something that tells me otherwise. I’m not even sure if it would work because I’m 6 years older and our departments are next to each other at work. For the past 3 weeks, he hasn’t been by as much because he’s getting promoted and has been swamped at work. He just told me his grandmother only has a couple months left to live and he’s been dealing with that as well.

I really care for him even though I haven’t known him long. Should I just play it cool and see if he makes a first move or should I just try to move on? I just don’t want to waste my time waiting around… I haven’t dated in 2 years after a couple of bad relationships… but now I feel ready to date.

Personally, I would look elsewhere. You tried to escalate the relationship when you invited him to your home and he declined. And in my experience when a man is interested in you, they will jump on an opportunity like that without delay. And if they don’t, they’ve got an explanation why. In other words, they do not let chances like that pass.

Now I could be wrong. Who the hell knows what is really going on when you are getting mixed messages like this, but it’s you who wrote me. So I work for you and this is what I think you should do:

Since you want a date, get one! They are easy to get, yes? Just throw an ad up on Match.com and you’ll have a date by the weekend. Get yourself out of the house! And don’t be shy letting this guy at work know you’re dating. He’s making you jealous? Show him you will wait for no man and see if that gets him going.

But really I’m not sure he’s the best choice for you. For a friend, yes. But a lover? You’re too much alike. You have you Sun, Mercury, Venus, Jupiter and your ascendant in Aquarius. Do you really need any more Aquarius? For what? What is he going to he going to add?

This is why all the coincidences, by the way. You two are simpatico but I would say he’s more like “tribe” than someone who would complement you. And coupling this with the fact you work together… well, I just think you will ultimately be happier if you shop elsewhere. Because think about it. If you have to ask…