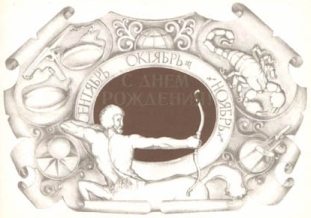 Well about a year into our relationship, I caught him looking at it. He always swore to me that he wasn’t doing it but he actually was. I was so emotionally torn up! After a lot of crying and talking we tried to move past it. We got married and then 6 months later, I found out he was still looking at it and lying to me. I can not trust him at all.

Sometimes he is really sensitive about it and other times he tries to blame me for it. We are now pregnant and it is about a year later since I found out for the second time. He says AGAIN that he is not doing it and that would mean he had to have stopped cold turkey a year ago. We are Christians. I believe this is a big sin and so does he. He says he wants to change but I don’t trust that he will ever tell me the truth. I think he is still looking at it and it is ruining my self esteem.

I don’t blame you for not trusting your husband because he has been lying and with a stellium in Sagittarius, the truth and your spiritual beliefs are very important to you. You sound very clearheaded about who you are, how you feel and what kind of parent you want to be – so let that sink in. It will help lead you to a decision.

Now you know I can’t make this call for you but with all your Sagittarius you have an innate eye on the future and I think you can see what is coming if no change is made. Unfortunately your husband is the one who has got to change and this is not likely at least in the near term when his main way of addressing this is to lie, deny and make counter allegations.

That’s a pretty solid position by the way. It’s a very strong defense and I do not think you will be able to defeat it without some kind of intervention. A therapist for example or maybe someone from your church. And considering you have a baby on the way I surely wouldn’t break up your family without taking this step. And I know there are people who would say that your husband has the right to look at all the porn he wants and this is true. But you have rights as well. You have the right to be in a relationship that supports your self esteem and you have the right to raise your daughter in an environment you think is appropriate and you definitely have the right to a husband who does not lie to you.