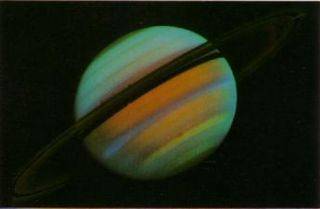 My boyfriend and I have been together for three years, and love each other very much. However, Saturn just entered his 7th house and I am worried about our relationship. His family doesn’t know we are still together. They think we broke up a year ago. His mother is not the nicest person, and I have a feeling that she will try to manipulate him into leaving me if she finds out. He loves his parents very much, and is also a little commitment (meaning marriage) shy.

Please tell me what I should do! I am very worried.

It does no good to worry about anything, ever. This is a general fact. It won’t change the outcome of anything so consequently, it’s a total waste of time. Time you could spend loving your man! So consider this overall… but specific to your situation, I read it much differently than you do.

First, though I see your man has Venus in Aquarius, it is exactly trine Saturn and I’m not sure I would characterize him as commitment phobic. After all, he’s been with you for three years which is an epic long time for a true commitment phobic (like me). Granted, he may be a little squiggly around marriage. He may prefer to innovate and make his own relationship rules but if anything, Saturn going into the 7th house is going to help your cause not hurt it.

A Saturn transit through the 7th house pressures a person to make (or break commitments), and define their relationships. And it’s common enough, this means getting married. How better to cement your commitment?

So the bottom line, I think you’re looking pretty good here. If I were you, I’d work to check my fear because it’s no fun being around people who are perennially frightened.

Further that, I would do my best not to take a position opposite his parents if you can possibly manage. Because he has a nasty opposition to his Sun and Moon (Mom and Dad) in his chart and if you get in that, you’re going to be screwed. Instead be Venus (love) in Aquarius which is basically a friend who loves him, and leave him to deal with his family on his own.

And beyond this, I would be patient and just trust the universe to sort this out. Having faith the outcome is going to be in everyone’s best interest, because this is exactly what will happen.